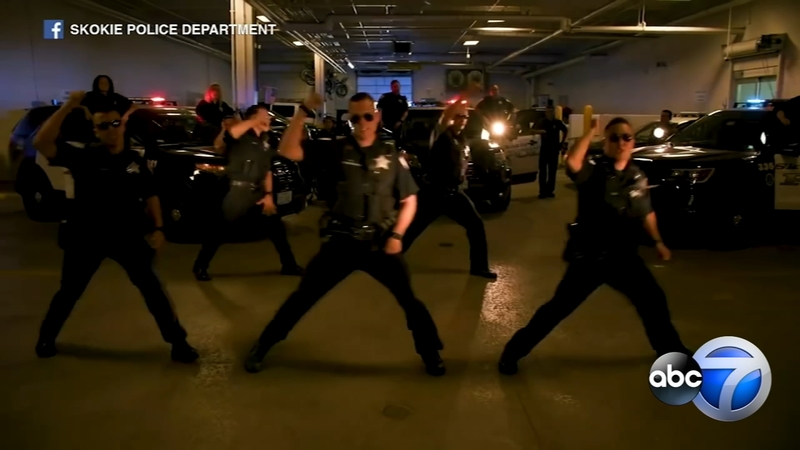 SKOKIE, Ill. (WLS) -- Thanks to their sweet moves, the Skokie Police are an overnight social media hit.