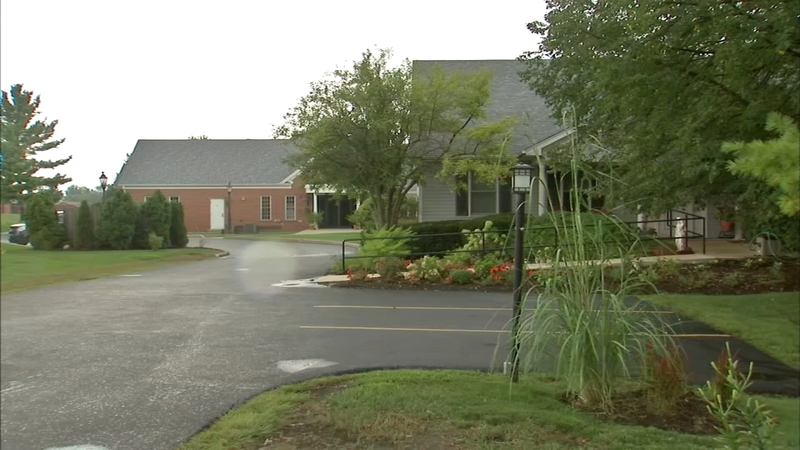 LISLE, Ill. (WLS) -- Residents in west suburban Lisle are concerned that retired priests accused of sexual abuse are living near a school.

The retirement home and senior living community houses a total of 13 Roman Catholic priests, two of which have been accused of sexual abuse.

Father James Nowak has been accused of molesting numerous boys during his career as a parish priest. Father Richard Jacklin, 67, is currently facing criminal sexual assault charges and is due in court in October.

"I think it's outrageous, to be next to a school with kids about the age I was when I was abused," said Eddie Burkel, who alleges Nowak sexually abused him when he was in junior high school.

Burkel was one of more than a dozen Nowak accusers who were part of a lawsuit against the Joliet Diocese, which settled the case for $4 million. The statute of limitations had run out on criminal charges.

Because neither man has been convicted of a crime there is no law preventing them from living close to a school.

"The diocese knows Father Nowak is a pedophile. They know and we know the man is a danger to children," said Mark McKenna, Burkel's attorney,

Monday Pope Francis released an unprecedented statement regarding the Priest Hundreds of sex abuse cases recently announced in Pennsylvania. The Pope condemned the abuse as atrocities and apologized to the Church community.

The principal at Kennedy Junior High School sent a letter to parents warning them of the priests living next door. The Joliet Diocese also said in a statement they are in communication with the school, working on a solution to the situation. Burkel is skeptical of their intentions.