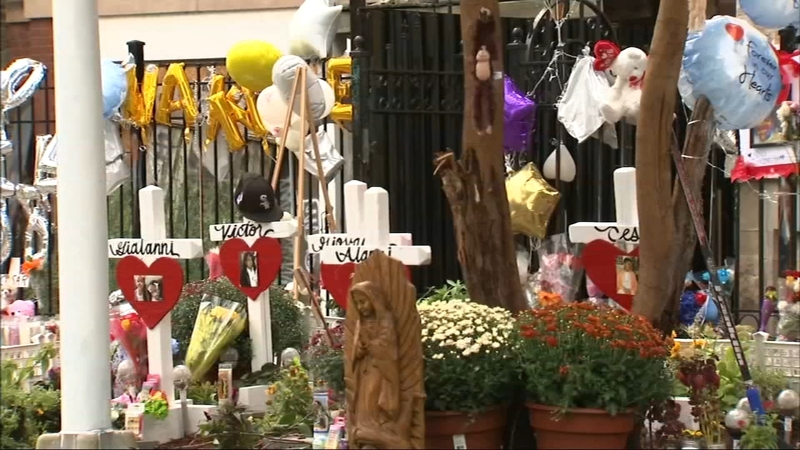 CHICAGO (WLS) -- Chicago Fire investigators said they did find a smoke detector in the building where a fire over the weekend killed 10 children, but it was not working.

Fire officials said there has been a sharp increase in the number of fire deaths in Chicago so far this year.

In Little Village, the community of families is still struggling with the pain of loss after the deadly fire.

A collection of symbols of love continues to grow in front of the home in the 2200-block of South Sacramento Avenue where flames erupted early Sunday morning. The fire claimed 10 lives, making it the city's deadliest fire in a decade.

A vigil was held Wednesday evening in remembrance of the children.

A vigil was held Wednesday evening in remembrance of the children who perished in the fire.

Chicago fire officials are hoping to help prevent another fire like it by spreading the word about fire safety.

While the cause of the deadly blaze is still under investigation, authorities said it was not arson or electrical in nature. There were also no working smoke detectors in the home.

According to the Chicago Fire Department, there have been 41 fire deaths to date this year compared to 29 fire deaths that occurred the entire year of 2017. Several years ago there were only 16 fire deaths.

So far this year, the Chicago Fire Department has given out 14,000 smoke detectors and the department said it's seen an 83 percent reduction in fire deaths in the last 59 years. Still, that is little comfort to a grieving family and neighborhood.