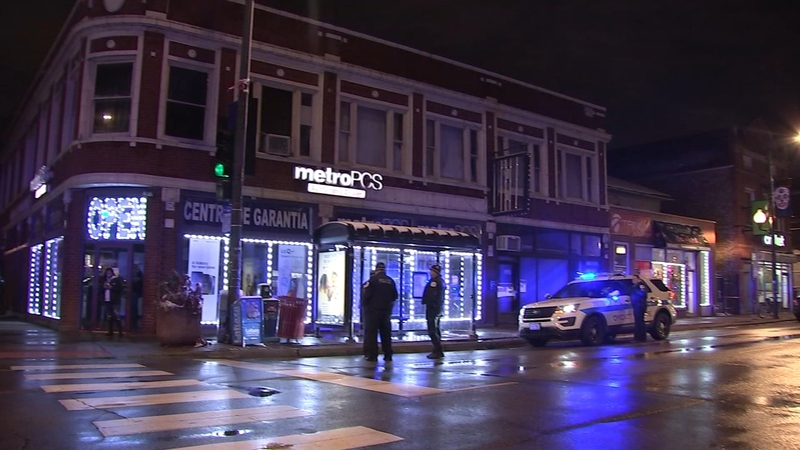 A .45 caliber pistol was used in the Halloween night ambush that left a seven year old trick-or-treater seriously wounded, the ABC7 I-Team has learned.

Chicago police detectives say they found the gun in a Little Village alley, not far from where the little girl was shot twice.

Even though Chicago gang members have weapons depots at their disposal-from assault-style rifles to shotguns, sometimes grenades and even automatic weapons-Thursday night's handgun incident was no less lethal for the seven year old girl who was wounded while dressed as Minnie Mouse.

RELATED: Girl, 7, critically wounded in shooting while trick-or-treating in Little Village on Southwest Side; suspect in custody

.45 caliber pistols are quickly becoming the gun of choice for Chicago gangbangers, based on recent CPD seizure data.

The Chicago division of the U.S. Bureau of Alcohol, Tobacco and Firearms is assisting CPD by conducting a background trace on the weapon. ATF experts are working to determine where the gun came from, who last legally owned it and whether it had been used in other crimes.

In an interview with the I-Team, ATF-Chicago special agent in charge Tim Jones said that they should have results within 24 hours because it was submitted as an urgent priority for the agency.

ATF has seen a sharp increase in the need for law enforcement gun traces, the number of requests more than doubling in the past 20 years.

"We don't need to actually take possession of a firearm as long as one of our experts can review the information on the gun" said Jones. Or, he said, "we utilize the property and takes firearms worksheet that's completed at the lab I will have all the information that we need in order to conduct a trace."