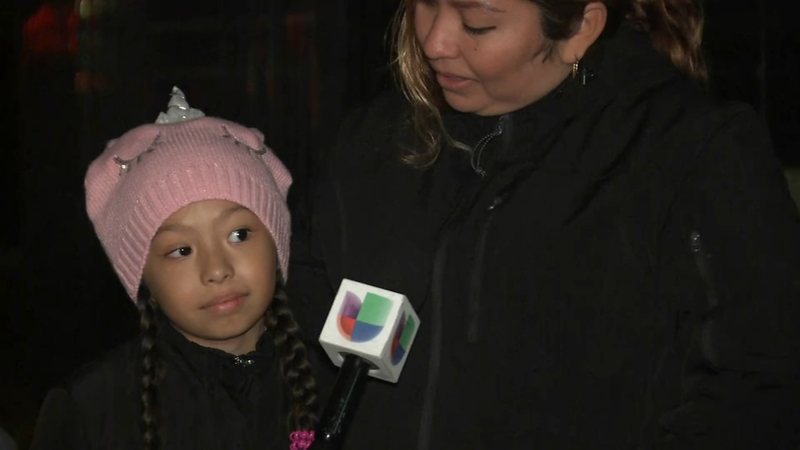 CHICAGO (WLS) -- The 7-year-old girl who was shot while trick-or-treating in Little Village on Halloween has been released from the hospital.

Gisselle was released from the hospital a few days ago, and joined her mother during an interview with Univision.

"I don't have all the words to thank everyone for their support, their help and their prayers. Because of them she's here with us today," her mother said in Spanish. "She has a huge angel watching over her. I told her that when I saw her at the hospital. That we would be together."

Police said the teen was wearing a Jason mask, from the "Friday the 13th" movies, at the time of the shooting. He faces multiple charges, including two counts of attempted first degree murder.