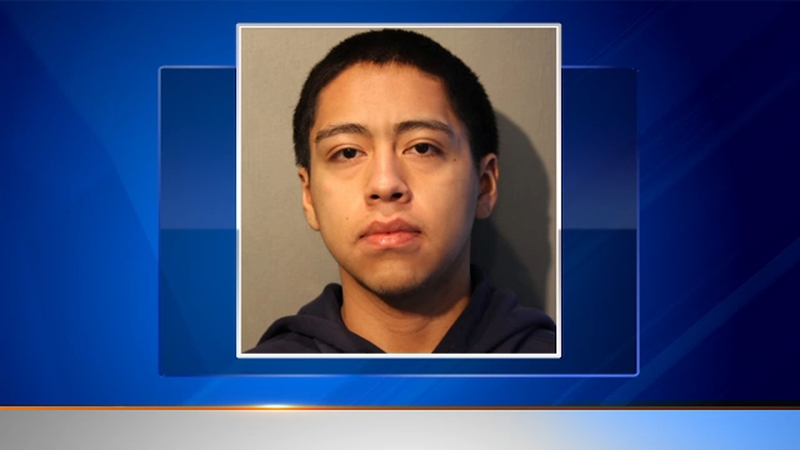 CHICAGO (WLS) -- No charges have been approved for the fatal shooting of a nurse in Chicago's Little Village neighborhood.

According to the Chicago Police Department, two people were arrested Friday after leading police on a chase in a vehicle wanted in connection with the shooting.

The 15-mile police chase started Friday around 11:47 p.m. in the 2300 block of South Sawyer Avenue in Little Village, police said.

Illinois State Police said they spotted the vehicle around 11:52 p.m. in the southbound lanes of Interstate 94 at 74th St., according to a statement.

The vehicle crashed into another vehicle at 75th St. and Lafayette Ave., and the driver and passenger were taken into custody for questioning a block away near 75th and Perry Ave., officials said.

The vehicle involved in the pursuit was wanted in connection with the murder of 32-year-old Frank Aguilar, police said.

Police said Sunday that 19-year-old Armando Lopez has been charged with fleeing from police. But no charges have been filed for Aguilar's death.

On Tuesday, Aguilar was in Little Village to visit his family and do laundry. He was carrying a laundry basket in the 3700 block of West 32nd St. when someone in a gray SUV drove by and opened fire, police said.