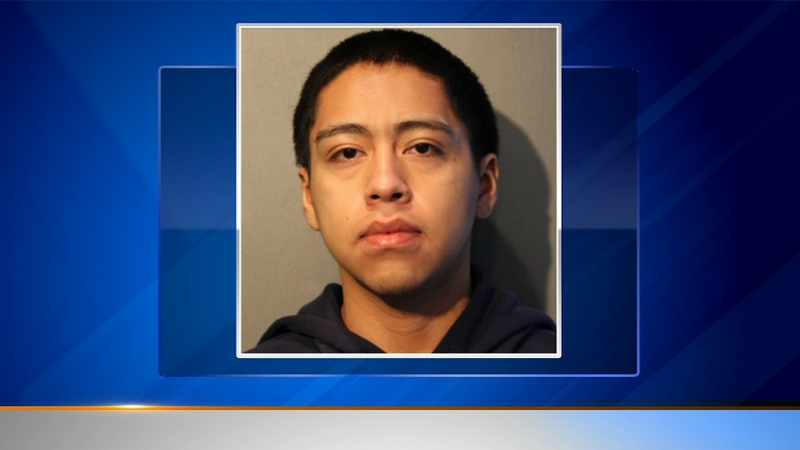 CHICAGO (WLS) -- The family of a nurse killed in a Little Village drive-by shooting is honoring his memory as they begin their fight for justice.

Family members of 32-year-old Frank Aguilar spoke in court on Thursday after a 19-year-old man was charged in the case.

Armando Lopez, 19, has been charged with first-degree murder in the November shooting.

Prosecutors said Lopez was the driver of a Jeep Commander while a shooter opened fire on the nurse, who was carrying laundry to his family's home in the Southwest Side neighborhood at the time.

In court, the judge was told about evidence connecting Lopez to the scene, including surveillance video showing the Jeep pass Aguilar, turn around and come back.

Detectives believe it was a case of mistaken identity.

"It appears that these individuals get in a car and are like, 'We're gonna go target the rival gang,' and they just see somebody and decide, 'Oh, well that looks like a rival gang member, we'll shoot him.' It's obviously not a rival gang member," said Chicago Police Deputy Chief Brendan Deenihan.

The family of a nurse killed in a drive-by shooting in Little Village spoke out Thursday after a 19-year-old man was charged in his death.

Aguilar's mother thanked neighbors and people in the community for coming forward and for all the support the family has received.

"I just want to ask for justice for Frank from the judges, from the state's attorney, just for all the dreams he had that will never come true," Owens said.

A judge on Thursday ordered Lopez held on no bond as he was already on bond for a previous gun charge.

Lopez is due back in court January 2.

Chicago police continue to search for the person who fired shots at Aguilar.

Police said there was an outpouring of help and tips from the Little Village community, people providing surveillance video of the shooting and sharing other key pieces of information. The reaction was similar to what police saw in October when a young girl was shot and injured as she was trick or treating in the neighborhood.

"Historically there has been a fear and lack of trust in the Latino communities but as we have seen in this senseless incident Little Village is putting their faith over fear," said Captain Gil Calderon.

Chicago police spokesman Anthony Guglielmi said the Little Village community "stepped up in a big way" to secure the charges.

Lopez had previously been charged with fleeing and eluding police in connection to a 15-mile police chase on November 15 that ended around 11:47 p.m. in the 7500 block of South Perry Avenue

Prosecutors allege Lopez drove through three stop signs and went onto the expressway traveling at 100 miles per hour before crashing into three parked cars.

Lopez and his passenger were taken into custody for questioning. The passenger was released without any charges.