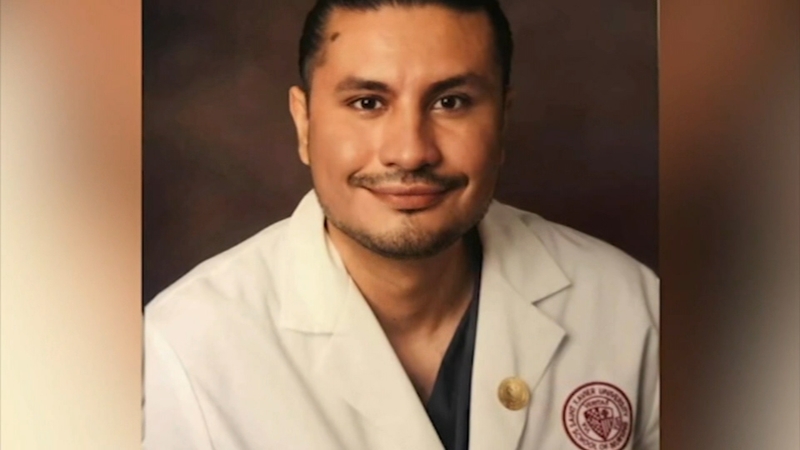 Boy, 13, person of interest in murder of nurse in Little Village, police say

CHICAGO (WLS) -- Chicago police are looking for a 13-year-old boy as a person of interest in the murder of a nurse in Little Village.

Armando Lopez, 19, the alleged getaway driver, is already charged in the murder. He is suspected of driving the Jeep allegedly used in the drive-by shooting, but prosecutors say someone else likely fired the shots.

"The silver Jeep approached Hamlin and the victim and slowed down. At that point, two muzzle flashes are observed coming from the rear passenger side of the silver Jeep," said Cook County Assistant State's Attorney Jim Murphy on Thurday.

Police said the 13-year-old boy is not in custody after being questioned within the past two weeks. Police said evidence has been presented to the state's attorney but more follow-up is being conducted.

Fran Aguilar, 32, was shot to death in November, carrying laundry to his family's home while wearing his scrubs. His family said they were stunned to learn the person of interest in his shooting was so young.

"We were very devastated, and we were very heartbroken to understand that it was such a young individual that is suspected of murdering my nephew," said Joshua Alcazar, Aguilar's uncle.

Aguilar's relatives said they've been told one loose end in the investigation may be the lack of a murder weapon.

"We ask for the community's help in obtaining, if they know where the weapon could be," Alcazar said.