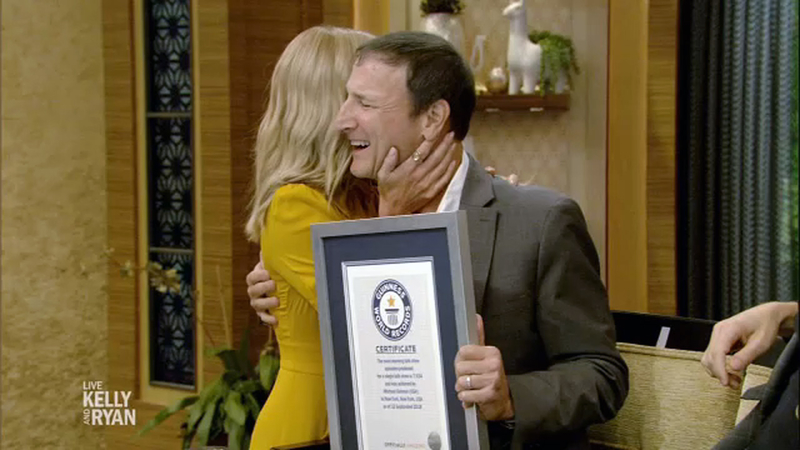 NEW YORK -- There was a big surprise and a special honor Friday for the executive producer of "Live with Kelly and Ryan."

Hosts Kelly Ripa and Ryan Seacrest shocked Michael Gelman by calling him in front of the cameras during the show.

Officials from Guinness World Records were then called out to honor Gelman with an award.

With 7,534, Gelman is now the world record holder for most morning show episodes produced by an individual.

Congrats to our Executive Producer Michael Gelman for his @GWR for Most Daytime Shows Producer! (SORRY FOR SURPRISING YOU) 😬 pic.twitter.com/dl8idV2NoL