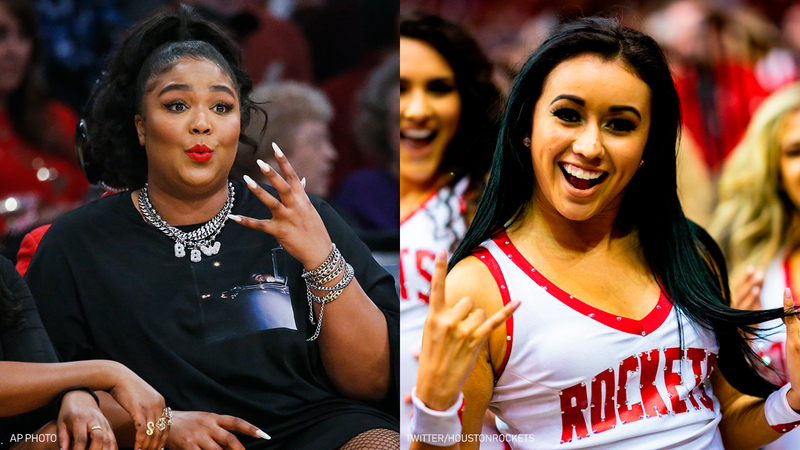 HOUSTON -- Lizzo is going to keep doing Lizzo after social media exploded with fat-shaming over her exposed, thong-covered backside as she danced at a Los Angeles Lakers game while the team's cheerleaders performed to her hit "Juice."

Now, the Houston Rockets want the Texas native to get down with their Clutch City Dancers.

"Lizzo, we like your moves!" a Tweet posted on the official Rockets Twitter account said Wednesday. "You have an open invite to come home to Houston and dance with Clutch City Dancers on the court any time!"

💃@Lizzo, we like your moves! You have an open invite to come home to Houston and dance with @OfficialCCD on the court any time! pic.twitter.com/URCrkCUJPr

Lizzo responded shortly after the Tweet was sent, saying she'll be there!

The singer-rapper received backlash after she got up and twerked, revealing a cut out at the back of her short black T-shirt dress. She was shown on the stadium's huge television screens during Sunday night's game against the Minnesota Timberwolves.

"Never ever let somebody stop you or shame you from being yourself," she said in a livestream. "This is who I've always been. Now everyone's lookin' at it, and your criticism can just remain your criticism. Your criticism has no effect on me."

Lizzo was voted Time's Entertainer of the Year.