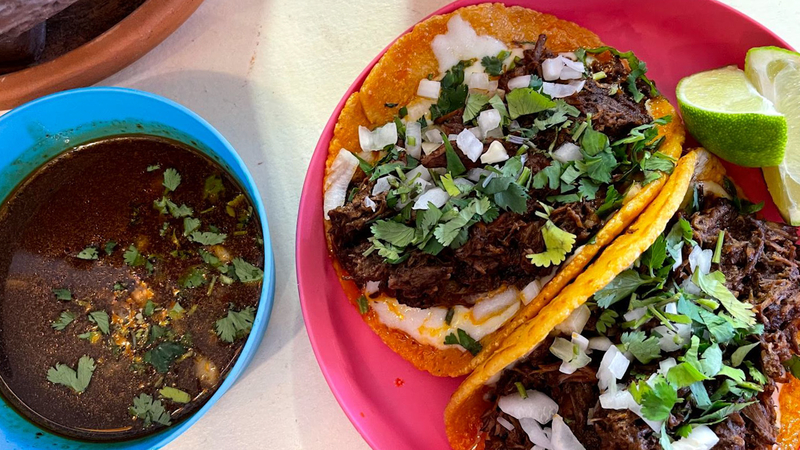 UNION CITY, New Jersey -- The mouth-watering taste of Birria tacos has made its way from the state of Jalisco in Mexico to the streets of Union City, New Jersey.

The Mexican dish, which has recently gained popularity on social media, has become a specialty dish at Chofi Tacos, a Mexican restaurant founded by Kim and Patrick Flammia.

"My wife, who's from Puebla, Mexico, had a background in Mexican cooking with her grandma and traveling in Mexico. I worked in LA and we both saw these tacos from Tijuana in LA called Birria which were really cool and tasted awesome," said Flammia.

Related: Hot chocolate bombs are exploding all over the internet and at this New Jersey bakery

The meaty and tasty tacos are traditionally served with consommé on the side, which people use to dip their tacos in for extra flavor.

The duo, which introduced their signature Birria tacos at the Smorgasburg Food Market in Brooklyn, opened their permanent location just days before the pandemic hit; a challenge they were not expecting but fortunately turned out in their favor.

The overwhelmingly positive response has people from all over the tri-state are lining up to get a taste of their Birria Tacos and other tasty dishes.

"We love what we do. Everything is made fresh and we just strive for freshness and something delicious and different," said Flammia.