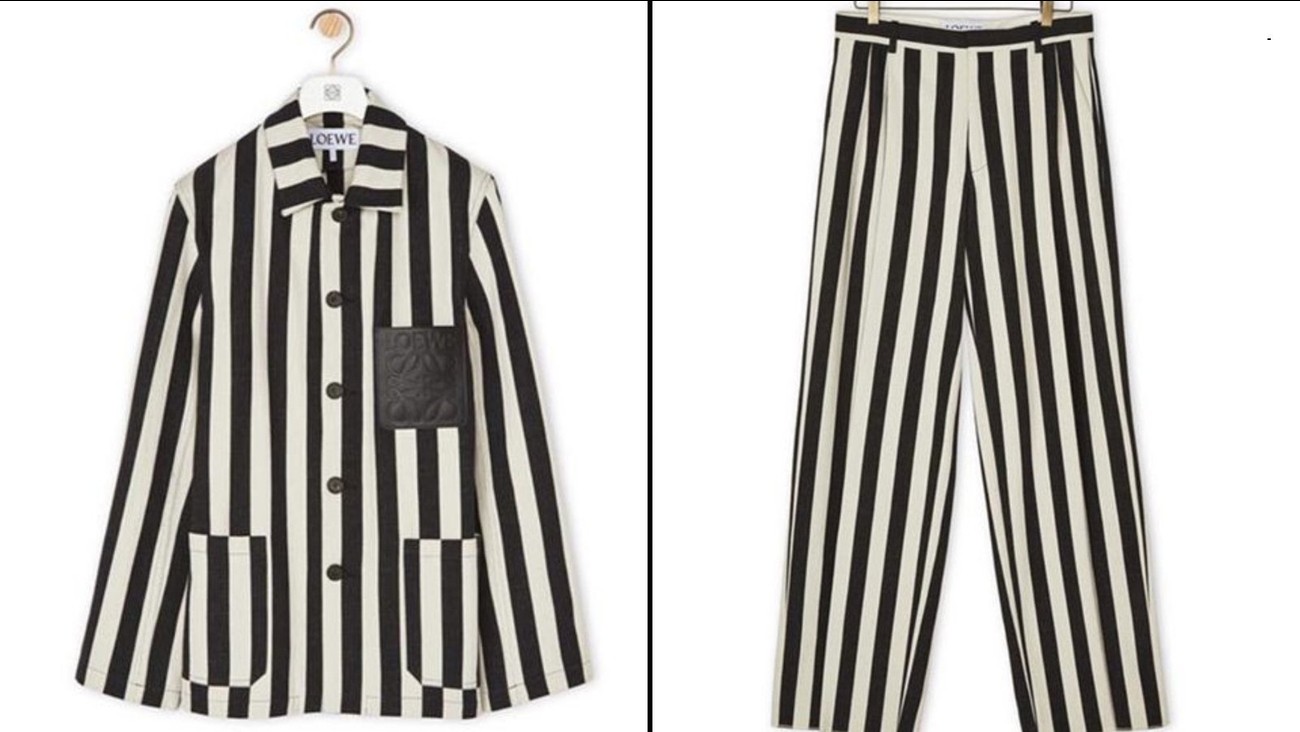 The outfit, posted on Loewe's website, was part of a new collection by the brand.

A luxury fashion house apologized Friday after being criticized for selling an ensemble resembling concentration camp uniforms from the Holocaust.

Loewe, a luxury brand based in Spain, sold the outfit as part of its William De Morgan capsule collection, which became available on November 14 and is inspired by the 19th century British ceramicist. Items in the collection are being sold for upwards of $5,000.

Many who criticized the outfit -- including Diet Prada, a fashion industry watchdog account on Instagram -- cited the similarities to concentration camp uniforms worn by Holocaust victims, which also consisted of vertical-striped, button-down shirts and matching pants.

"It was brought to our attention that one of our looks featured in a magazine and part of our Arts and Crafts ceramicist William De Morgan could be misconstrued as referring to one of the most odious moments in the history of mankind," the statement read. "It was absolutely never our intention and we apologize to anyone who might feel we were insensitive to sacred memories. The products featured have been removed from our commercial offering."

This isn't the first time brands have come under fire for selling clothing reminiscent of the Holocaust.

Zara, also based in Spain, apologized in 2014 for selling a striped T-shirt bearing a yellow star -- which also resembled uniforms worn by Jewish concentration camp inmates.

The company had said the shirt was actually inspired by "the sheriff's stars from the Classic Western films," but swiftly pulled the item just hours after it went on sale.