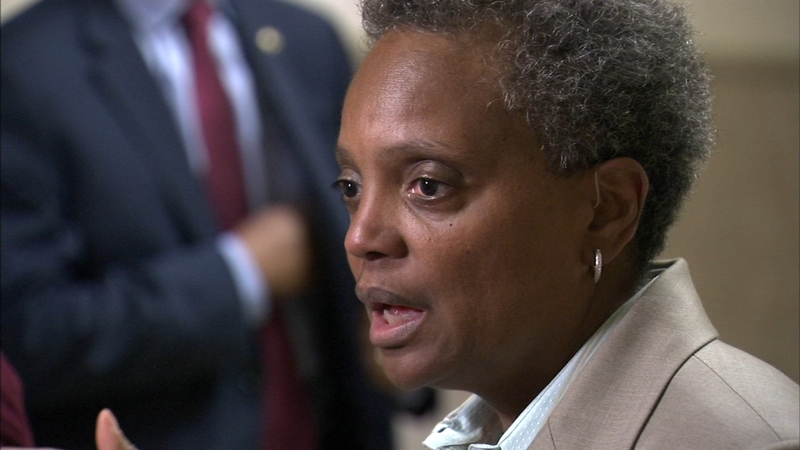 Lightfoot hosted a meeting with state legislators Friday at Navy Pier. The meeting comes at a critical time for her budget team as she tries to foster good will in Springfield and convince lawmakers to help Chicago.

Lightfoot needs state approval for some of her revenue ideas, including a real estate transfer fee for high-end properties.

She's also expected to press for lawmakers to rework the gaming bill to change the tax structure on a Chicago casino so it's financially feasible for investors.

The Friday reception was billed as one celebrating the Illinois General Assembly and the Chicago City Council, held at the ritzy new Offshore rooftop bar on Navy Pier. But state lawmakers might not have much of an appetite for raising taxes in this election cycle.

"The fear that I've heard from some legislators is that folks downstate, folks in the suburbs, folks that might be facing a challenge from Republicans, doing anything related to taxes despite the fact that it's only authorizing Chicago to move forward with something might be viewed as voting for tax increases, might be viewed as voting for Chicago bailout," said Ald. Carlos Ramirez Rosa, 33rd Ward.

If Lightfoot can't get legislative support for her agenda, and since all votes in the shortened veto session in October require a super majority, it could give the mayor cover to then do what she has said she does not want to do: raise property taxes.