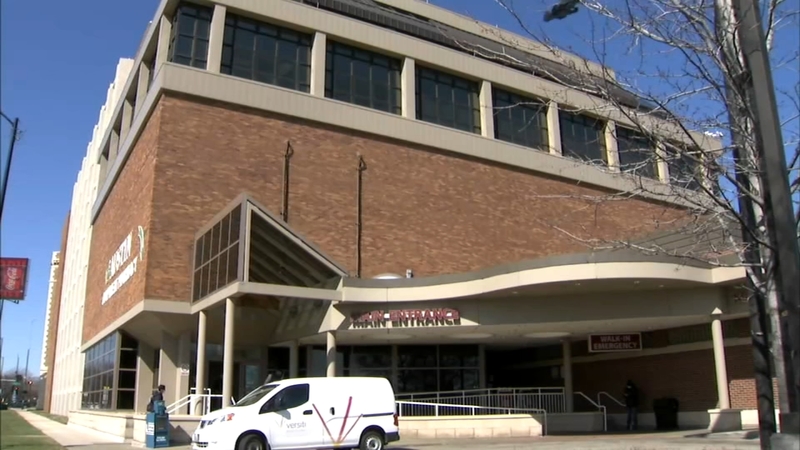 This comes one day after a key administrator resigned. Meanwhile, Loretto Hospital will not be getting more vaccine from the city.

"They cannot come back as a provider until we are confident, you know, all the reporting in place, you've seen some of the fallout here," said Dr. Allison Arwady said, Chicago Department of Public Health commissioner.

COO and CFO Dr. Anosh Ahmed, who is in the center of the controversy, abruptly resigned. The Loretto Hospital Board of Trustees said it accepted Dr. Ahmed's resignation by unanimous vote Wednesday evening. However, this is not enough to satisfy Mayor Lightfoot's concerns.

"So audit, detect the problems, and then come clean about it. I've been reassured repeatedly that, well, Mayor we're doing that, but clearly that's not true, and so now, it feels like it's death by a thousand cuts for them," Mayor Lightfoot said. "My understanding is there's at least one other story in the works.

Rush University Medical Center took over the responsibility for Loretto Hospital to make sure vaccine is available to residents of the Austin Neighborhood under the Protect Chicago Plus initiative. Rush opened a clinic at Catalyst Circle Rock School in order to handle the responsibility.

Another vaccine partner, Innovative Express Care, was cut off by the city for misappropriating 6,000 doses meant for CPS employees. It also faced trouble over the use of vaccine supplied to its Downers Grove Clinic. The DuPage County Health Department said it suspended the clinic's vaccine supplies on Mar. 12.

While there is no indication of problems with other Chicago connected vaccine provider, Mayor Lightfoot put all of them on notice.

"I'm not going to stand by while any provider in this time of great need and scarcity of this precious life-saving vaccine is gaming the system. We're not going to tolerate that," Mayor Lightfoot said.

Mayor Lightfoot said she remains frustrated by the information being provided by Loretto Hospital but a source said that a report by Loretto on its vaccine distribution is close to being finalized.

First reported by Block Club Chicago, Ahmed and CEO George Miller have faced recent scrutiny following revelations that the hospital improperly vaccinated workers at Trump Tower, at a suburban church where Miller is a member, and at a luxury watch shop.

Chairman Edward Hogan added that the board will continue to investigate any and all deviations from the rules regarding their vaccine policy.

RELATED: Loretto Hospital CEO under scrutiny for vaccinating 200 at Oak Forest church
"If our review should uncover anything further that indicates our processes were compromised, there will be additional consequences imposed on those responsible for these actions," Hogan said in a written statement.

State Rep. La Shawn Ford resigned from the Loretto Hospital board Tuesday because he was disappointed with how hospital leadership was reprimanded.

Loretto remains cut off from its vaccination supply, the toughest sanction the city can impose on it.