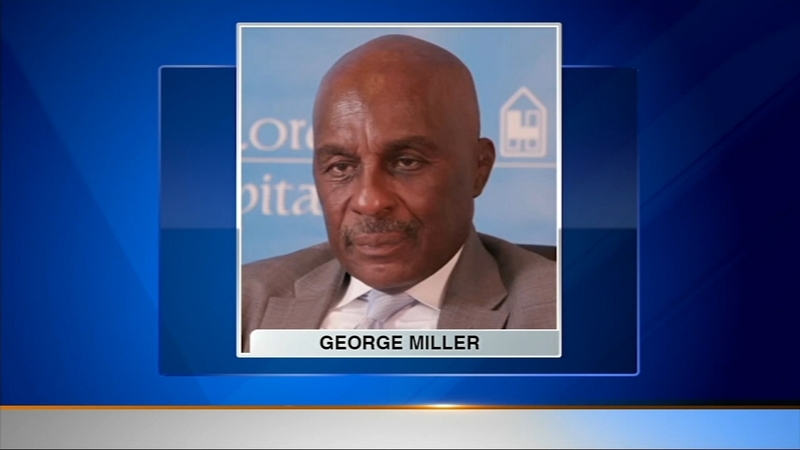 CHICAGO (WLS) -- Loretto Hospital is taking action against its CEO after a series of vaccination events for people who didn't yet qualify for one. It comes as the hospital defends itself against more controversy over alleged favoritism.

According to a spokeswoman for Loretto Hospital, CEO George Miller has been given a two-week suspension without pay. Loretto's board of trustees made the decision at an emergency meeting last week.

However, the suspension has not been imposed yet. It has been postponed while they search for a new chief operating officer and chief financial officer.

When vaccines were scarcely available in Chicago, a former high-ranking Loretto executive passed 10 doses of the hospital's supply to a well-connected doctor to privately vaccinate a family in the suburbs, including a terminally ill woman.

Dr. Ali Ahmed is the Chief Executive Officer of Affinity Health, the company that runs Loretto's clinical trials for the COVID-19 vaccine.

According to the hospital, Dr. Ahmed asked for the doses on January 27 - when supply was still scarce - and received them January 29.

A spokesperson for Loretto said in a statement, in part: "....While information provided at the time deemed that these individuals were eligible per City vaccination guidelines, Loretto is no longer approving off site visits that aren't either hosted by the hospital or community partners and organizations."

"They have to regain the public's trust, a lot of that trust has been broken," said 29th Ward Ald. Chris Taliafero.

"I think we're in week two of this story. It's not helping anybody, and it's in particular not helping people have confidence that the hospital is doing what it's sworn to do which is to really be a safe space for people on the West Side who need connection to high-quality health care," Mayor Lori Lightfoot said.

This is at least the sixth alleged incident where Loretto doled out doses of the vaccine to people connected to the hospital's executives, including Trump Tower employees, Cook County judges and their spouses and Miller's suburban church.

"I've had I think very productive conversations with members of the board, as well as the CEO, George Miller, before he was on his leave," Lightfoot said. "We're committed to helping Loretto get it right because they're so important to the West Side community, but I'm anxious to see what the results are."

The city cut off Loretto's first-dose vaccine supply days ago. Rush University Medical Center has stepped in with vaccine clinics to fill the void in a community lagging behind the rest of Chicago in vaccination rates.