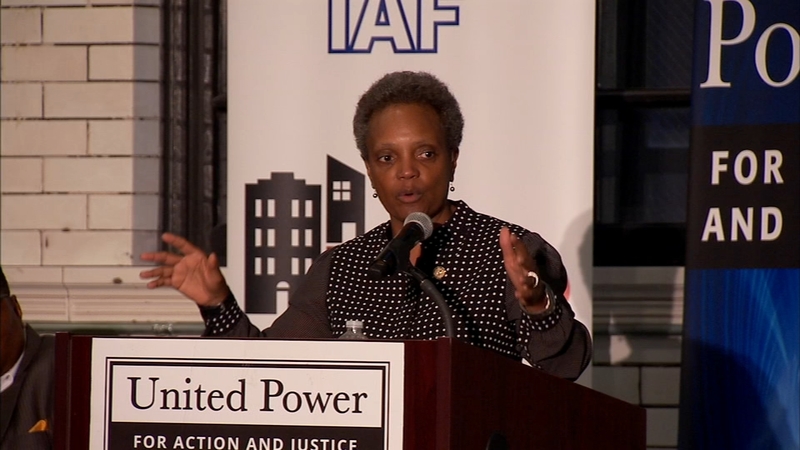 CHICAGO (WLS) -- Hundreds of people gathered on Chicago's West Side to talk with Mayor Lori Lightfoot about the city's most pressing problems, from gun violence to housing concerns.

Three topics were on the agenda: mental health and addiction services, gun safety and housing development on the city's South and West Sides.

"Gun control can be very polarizing, and so what we are trying to say is let's just focus on gun safety. Let's focus on things that gun owners can also agree on and all the gun owners I know are also interested in gun safety, so we're trying to promote gun locks as well as development of smart technology with guns," said Renee Reilly of St. Gertrude's Catholic Church.

The gathering also emphasized the need for affordable, quality housing in every neighborhood, particularly those with lower-income populations as a way to promote safety and security.

"Chicago is being rebuilt, but it's a tale of two cities. There is downtown and there is everybody else," said Richard Townsell of the North Lawndale Homeowners Association. "Our goal is, we want to make sure that working families, people that have been here for generations, are able to own homes, stay in their communities."

Mayor Lori Lightfoot listened to the concerns, addressed them and promised to work with residents to achieve their goals.

"There is too much heartache and too much hardship. There's too much death and dying," Lightfoot said. "But if we stand together, we have the power to uplift the quality of life for people and transform lives."

United Power for Action and Justice is the coalition behind Sunday's meeting. The group emphasizes offering pragmatic solutions rather than "pie in the sky" ideals.