No one holds more seniority in the City Council chambers than the 14th Ward Alderman Ed Burke, but it only took one meeting for the new mayor to prove she's not afraid of shaking things up.

Mayor Lori Lightfoot flexed her political muscle Wednesday, first getting overwhelming approval for her choices for City Council Committee Chairmanships, and then making it clear to the old guard that there's a new sheriff in town and she plans to be in charge.

Ed Burke's parliamentary stall game on the committee chair vote gave Lightfoot a chance to show who was in charge.

Mayor Lightfoot: "Is your general concern that the rules have a gender designation and not his or hers, is that the gist of it?"

Mayor Lightfoot: "Is there any other thing that you want to call to the chair's attention?"

After the back and forth between the two, Lightfoot later called Burke's efforts nothing but showmanship.

"The notion that Ed Burke, fill in the history, is somehow now concerned about gender equity is laughable, that was just a stunt," Mayor Lightfoot said.

"Alderman Burke is somebody who likes to test people he likes to see if there are weaknesses," Mayor Lightfoot said after the meeting. "I'm not going to start off my term as mayor with the City Council putting up with somebody who is just playing games...The people in this city expect us to do our jobs. They expect the government to actually work on behalf of the people and not have a Game of Thrones gamesmanship on the floor of the City Council. I'm not having it."

After a violent Memorial Day weekend Lightfoot also put Police Superintendent Eddie Johnson on notice after meeting with him Tuesday.

"I think the superintendent and his leadership team, if they didn't know it before, they certainly know it now, that I am going to hold them accountable for what happens on the streets," Mayor Lightfoot said.

Also Wednesday, Lightfoot released budget information for the various committees, cutting some of them significantly. Most notably cut was the Finance Committee, which Lightfoot said has been a bloated $1.3 million under Ed Burke.

The new Chairman, 32nd Ward Alderman Scott Waguespack, will get about half that amount to work with.

Ald. Waguespack said things will be vastly different than when Ed Burke ran it shrouded in secrecy for decades until his corruption arrest earlier this year.

"Just being more open, being confident that what we're doing is the right thing for taxpayers, there will be no conflicts of interest whatsoever," Ald. Waguespack said.

Lightfoot also made it clear she is not going to put up with rebellious aldermen, singling out Ray Lopez and Anthony Beale and setting the tone for what's to come in her administration.

Ald. Lopez made it clear early on that he is not afraid to criticize or butt heads with the new mayor.

"If you're trying to lead in a vacuum and acting in a silo, that will have very detrimental effect to governance in the city of Chicago," Ald. Lopez said.

"Alderman Lopez should spend more time trying to actually reach out and be collaborative than vent himself in the media," Mayor Lightfoot said.

"What I saw is a mayor that is not going to be playing around, playing parliamentarian games and really wants to handle the business that she was elected to do," Ald. Villegas said.

Other changes included adopting a new rules package that would require aldermen with conflicts of interest to fully recuse themselves from the vote, debate and from presiding over a meeting discussing the matter in question.

"I think she has certain preconceived notions on where certain members lie in this body," said Ald. Lopez. "I think she's trying to put certain people in boxes that they don't necessarily belong in and that will be to her detriment."

Tuesday, Mayor Lightfoot spoke to the City Club to talk about her priorities for her first 100 days.

"In the first 100 days, we'll push for more sweeping ethics reforms like making sure no elected official can monetize their position for personal gain," Lightfoot said.

"I believe that the mayor has put together the support she needs to move this reorganization through the council today," said Alderman Pat Dowell. 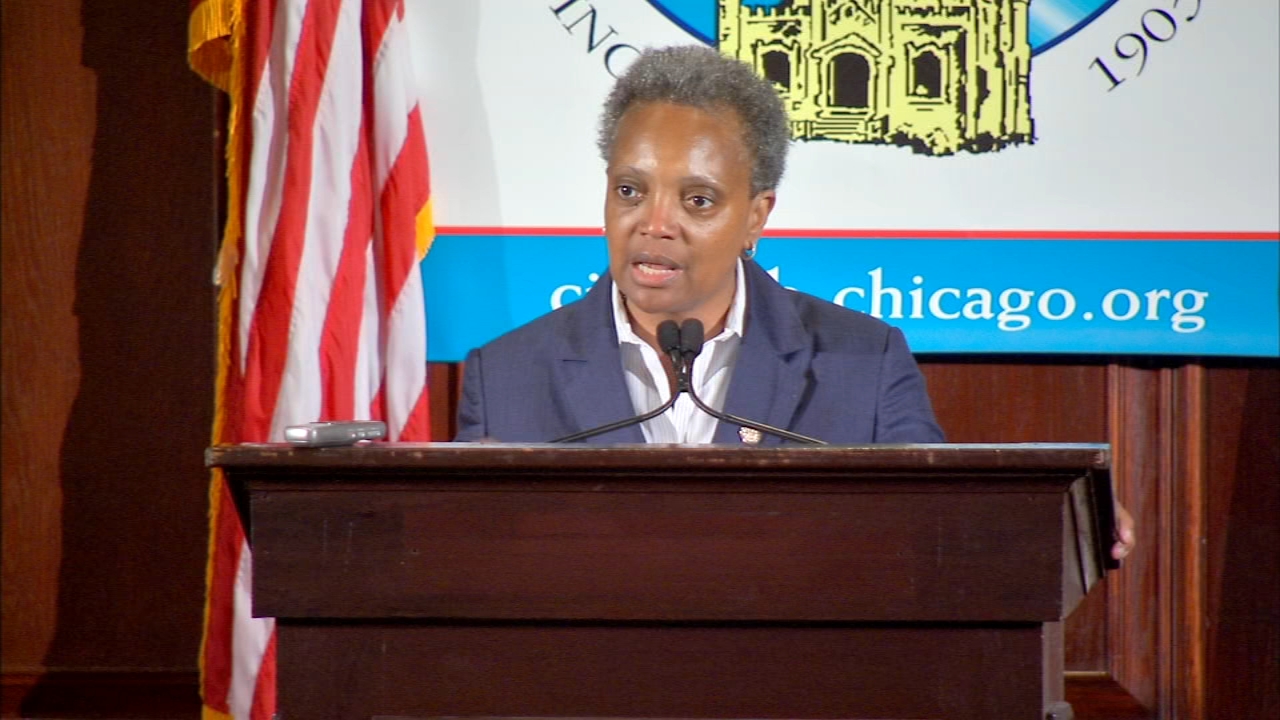