4-year-old dressed as Lori Lightfoot for Halloween gets pizza lunch with mayor; aims to bring awareness to medical needs 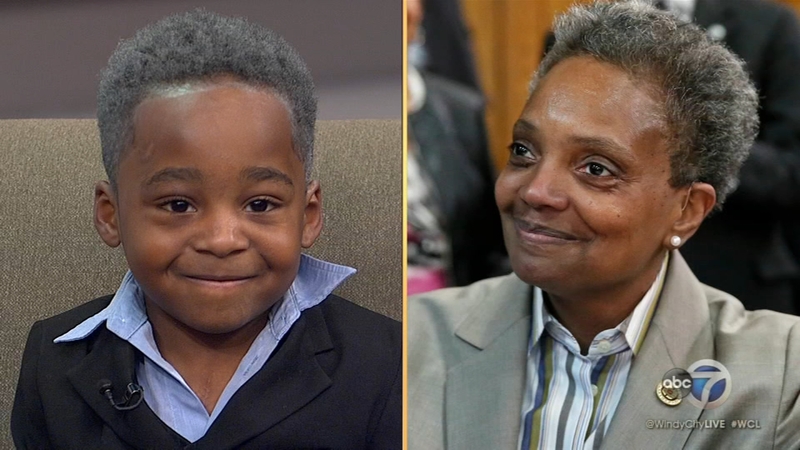 CHICAGO (WLS) -- The 4-year-old Chicago boy who went viral for his Lori Lightfoot Halloween costume got a chance to meet the mayor herself Monday.

A lot of people believe Idris Lockett won Halloween, with that costume that was so on-point that even the mayor gave him a shout out.

Now, Idris' family hopes his sudden fame will shine the light on a real medical need.

Idris made the rounds Monday, still rocking that now-famous Halloween costume. First the little Mayor Lori Lightfoot appeared Windy City Live before he headed to City Hall to have a pizza lunch with his costume inspiration.

Ever since his mom dressed the little guy up as Lori Ligthfoot, she said things have been crazy.

This brush with fame is not this cuties first time in the spotlight. Shortly after his birth, Idris' parents discovered he had a heart defect. After several surgeries and treatment at Lurie Children's Hospital, he was invited to take part in a billboard campaign for the hospital.

His image was seen all over town, but his medical battles are far from over.

"He has to take six medications every day, Idris' father Deunta said.

Monday, however, was all about the celebration. Idris came in looking like he could run things up in City Hall and was right at home on the fifth floor.

His father said his nickname for the little man is "Hero," because of the way he's handled all of the medical procedures.