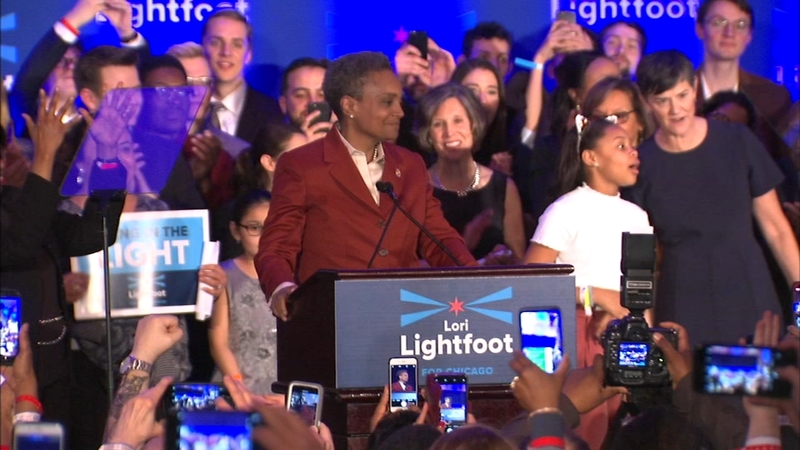 Lightfoot spent Saturday gathering ideas from Chicagoans on a Neighborhood Listening Tour ahead of taking office.

Lightfoot began the tour in 2018 just days after she announced her candidacy for mayor. On Saturday, Lightfoot did a lot of listening and marched in Englewood alongside mothers who have lost loved ones to gun violence.

Among those mothers was Mary Long, whose only child, Eric, was shot and killed as he walked to his car from a restaurant in 2012.

"It's very important that the mayor is marching with us today, but we need more than protest," Long said. "We need a plan."

Since winning the election, Lightfoot has laid out some of what she sees as the city's most pressing problems, including segregation, gun violence and economic inequality.

"If she's the mayor of change, as she says, that means you change from the bottom up, not the top down" said Clifton McFowler of Build Chicago. "We need the resources and investment to come to my community, the South Austin area."

Lightfoot will replace Mayor Rahm Emanuel, who decided not to seek a third term in office. Emanuel, who sometimes had a strained relationship with Chicago's Black community, left the office for the last time on Friday.

Lightfoot finished up her public schedule for the weekend by visiting a Northwest Side church. She continues to promise to heal a city fractured by both violence and poverty.
Lightfoot will be sworn in as the 56th Mayor of Chicago on Monday. Live coverage of the inauguration begins at 10 a.m. Monday on ABC7, abc7chicago.com and our news app.
Report a correction or typo
Related topics:
politicschicagosouth looplori lightfootrahm emanuelchicago mayor election
Copyright © 2022 WLS-TV. All Rights Reserved.
TOP STORIES
Death toll rises to 22, mostly children, in TX school shooting
Uvalde school shooting: What we know about 19 kids, teacher killed
Father of Texas yoga instructor accused in cyclist's murder speaks out
Gary teen killed in shooting identified by family
Woman shot near CTA Red Line stop on South Side
Biden says 'we have to act' after Texas school shooting
Chicago expected to move to 'high' COVID level by Friday, Arwady says
Show More
1 killed in 10-vehicle crash on I-294 in Glenview
Long COVID symptoms mainly affect women in their 40s, study finds
Watch Steve Kerr's raw, emotional plea after Texas shooting
How to talk to kids about Texas school shooting
Illinois leaders call for gun control after deadly school shooting
More TOP STORIES News