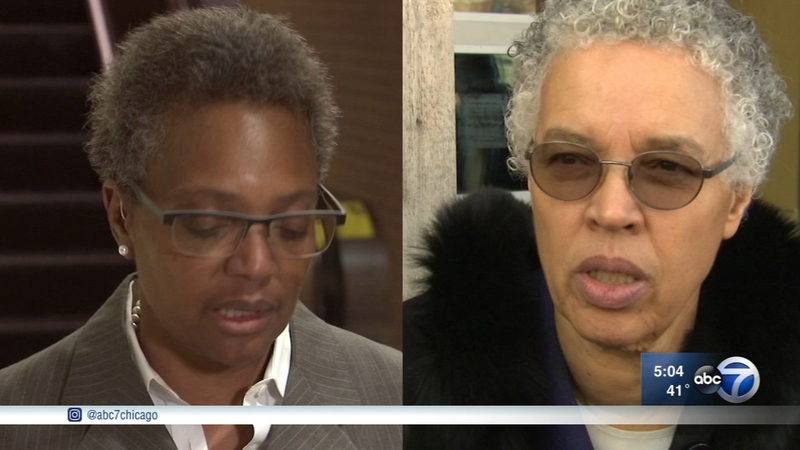 Battle over mayoral petitions heats up

CHICAGO (WLS) -- The battle over Chicago mayoral petitions is ramping up, all while the tab for taxpayers continues to grow.

Toni Preckwinkle is pushing ahead with her challenges against four women in the race, including one who called Preckwinkle a bully and another who suggested Preckwinkle was being "Grinch-like" to city workers.

Lightfoot was ramping up the rhetoric while her attorney filed a motion to have Preckwinkle's petition challenge dismissed.

"This is not a good faith objection," argued Mike Dorf, Lightfoot's election attorney.

"There's no reason we should at this stage block the proceeding from going forward," said Keri Lyn Krafthefer, Preckwinkle's election attorney.

Lightfoot called out Preckwinkle for challenging her and four other women of color and contributing to what the Chicago Board of Elections estimates will be a $1 million cost to taxpayers for city petition challenges. Lightfoot attributes those costs to election employees working overtime.

"They're gonna be working on Christmas Eve. Merry Christmas Toni Preckwinkle, we should just give her a bag of coal," Lightfoot said.

"You know, elections are very expensive," Preckwinkle responded. "Would you argue it's better to have authoritarian governments which don't cost anything?"

Preckwinkle also dismissed accusations that she is acting like a bully from Susana Mendoza.

Lightfoot scoffed at Mendoza for seeming to stand up for the other women and calling on Preckwinkle to drop all her petition challenges.

"Thanks, Susana, but the rest of us can actually stand on our own two feet. And frankly her comment is insulting and stupid," Lightfoot said.

Meanwhile, Preckwinkle is feeling the heat to return $13,000 raised for her in January by Alderman Ed Burke, whose city hall office has now been raided twice by the FBI.

In the Preckwinkle-Lightfoot petition challenge, the hearing officer took the case under advisement and may rule after the next hearing Friday.

Vallas said he wanted to focus time and resources on campaigning, adding that the challenge process was too cumbersome and costly.