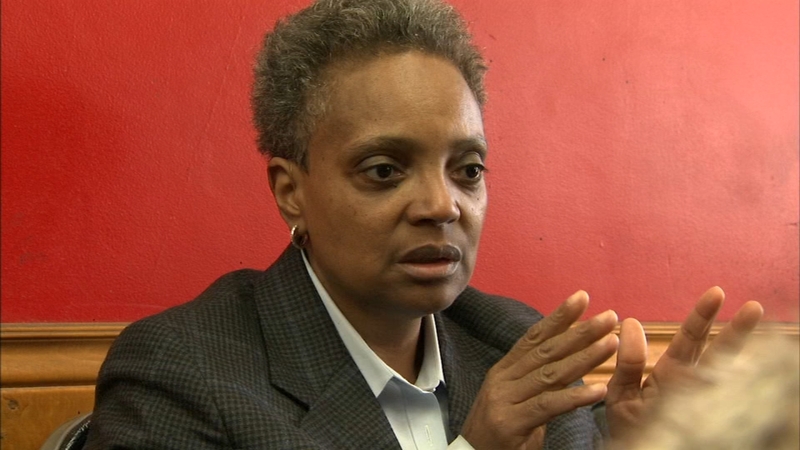 CHICAGO (WLS) -- Public endorsements continue rolling in for Chicago mayoral candidates Lori Lightfoot and Toni Preckwinkle, but the behind-the-scenes battle of the bank accounts may speak volumes about who really has the momentum.

Just as the betting lines are a pretty good indicator of which teams might win in the NCAA basketball tournament, for example, so it goes in politics.

This week donors are putting their money on Lightfoot.

"Money goes where people think they're gonna win, and Lori Lightfoot looks like a winner and that's where the money's going," said Pete Giangreco, a political strategist.

Since Tuesday, Lightfoot's campaign has reported receiving 12 donations of $10,000 or more, including a $500,000 contribution coming from the Laborers' International Union of North America laborer's PAC, for a total of $805,000.

"We would be foolish to do anything other than to continue running this race as the underdog," Lightfoot said. "We feel good about where we are, but we can't take anything for granted."

"I'm prepared to acknowledge that Lori Lightfoot's Rolodex has a lot more millionaires in it that mine does," Preckwinkle said.

"Lori Lightfoot is the campaign of the 1 percent. She's the candidate of the corporate establishment at City Hall," 35th Ward Alderman Carlos Ramirez-Rosa said. "They don't just cut checks to you because they think you're going to win."