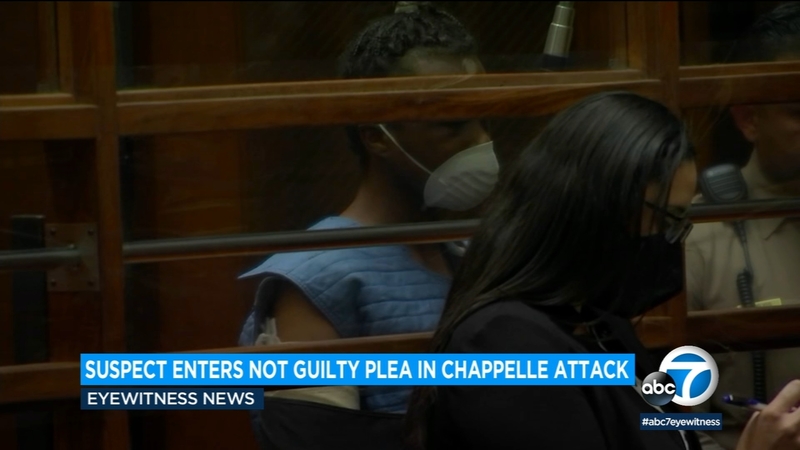 Dave Chappelle attack suspect ordered to stay away from comedian

LOS ANGELES -- The man who attacked comedian Dave Chapelle at the Hollywood Bowl is now charged with attempted murder for allegedly stabbing his roommate back in December.

The featured video is from an earlier report

Lee is accused of allegedly stabbing his roommate on Dec. 2, 2021 during a fight at a transitional housing apartment, officials said.

Earlier this month, the district attorney's office referred a misdemeanor assault case involving Lee to the L.A. City Attorney's Office for the on-stage incident involving Chappelle at the Hollywood Bowl.

"The publicity generated by the attack on Mr. Chappelle helped police solve this crime," said District Attorney George Gascón in a statement Thursday. "The incident that occurred at the Hollywood Bowl was misdemeanor conduct and rightfully referred to the City Attorney's Office. Based on the nature and severity of the December attack, Mr. Lee is now facing felony charges which my office will prosecute."

Lee pleaded not guilty to the charge and is scheduled to return to court on June 2.