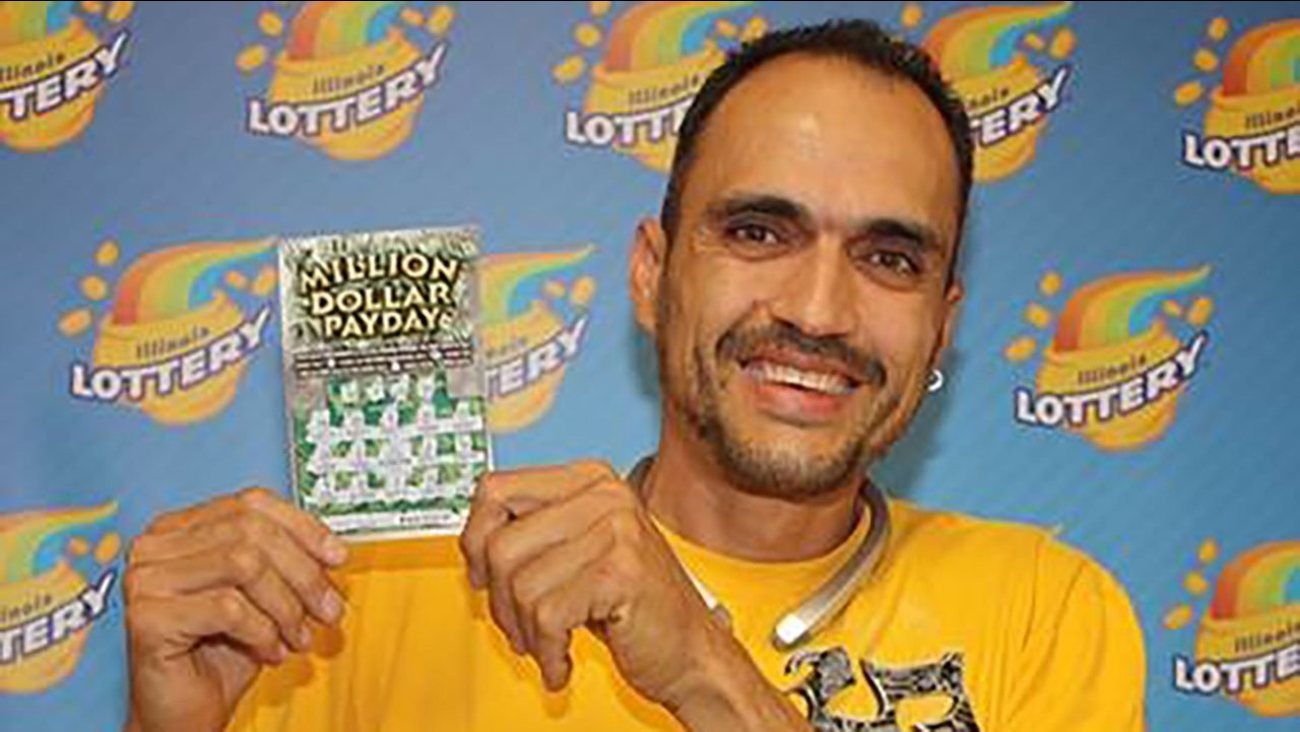 CHICAGO (WLS) -- A lucky Chicago man is now a millionaire.

Luis Rivera told Illinois Lottery officials he was in a "state of disbelief" when he found out he'd won $1 million on a Million Dollar Payday scratch ticket.

Rivera said his mother and his wife didn't believe him either. But the good news will surely sink in soon. Rivera said he plans to buy house and support the two women with his winnings.

He bought his winning ticket at Ozzie's Liquor and Deli in west suburban Melrose Park. The business will get a bonus of $10,000 - 1 percent of the prize - for selling the $5 ticket.

Million Dollar Payday has three top prizes of $1 million. One of them has not yet been claimed.