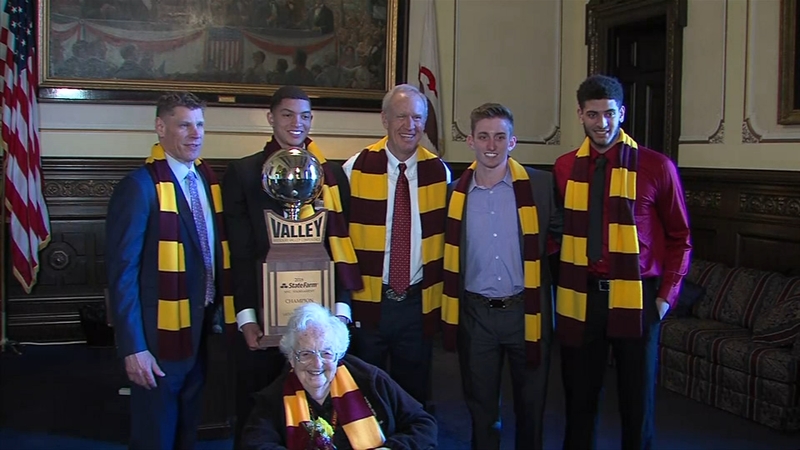 SPRINGFIELD, Ill. (WLS) -- The Loyola Ramblers, with Sister Jean by their side, won the hearts of so many when they made their run to the NCAA Final Four. While they didn't win the championship, they were honored by state lawmakers Wednesday.

Sister Jean opened with a prayer during a session of the Illinois General Assembly. And she ended with a little team spirit.

Coach Porter Moser was there and expressed pride in his team.

"It's amazing what you can do when you have a group of people who don't care who gets the credit," he said.

Moser said the team put Loyola on a national platform.

"The whole country saw that we did it the right way. We didn't have to cheat. We have the number one graduation rate in the country. And we made it all the way up to the Final Four. Who would have thought?" Moser said.

Afterward there was a photo session with Governor Bruce Rauner, with everyone sporting matching scarves and showing their team spirit.