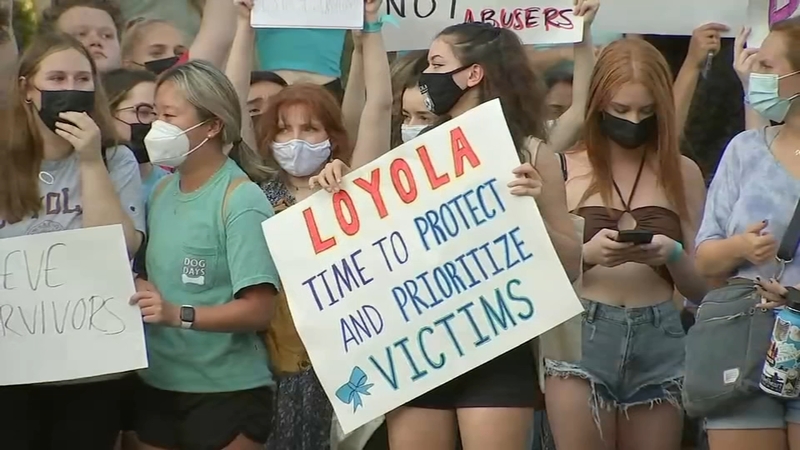 The university said it is investigating recent allegations of sexual misconduct involving students, but many said they have no confidence in how the school looks into those matters.

At the gateway to their school, hundreds of Loyola University Chicago students chanted "No means no!" as they attempted to send a message to administrators.

"Their Title IX process is not doing what it's supposed to do for the students that have been harmed by other students on this campus," said Sam Morey, a Loyola student.

The students say Loyola's Title IX office - which looks into allegations of sexual assault and misconduct - takes too long to investigate and too often sides with the accused.

"They let people walk out on this campus that have hurt students here," student Madeline Kane said. "And they don't see that there's a problem with that."

Kane said she was sexually assaulted at a party last year.

"And I went through an investigation for about six or seven months with only male interviewers, only male people on the panel, and explained to them what happened, gave them every evidence I had, texts, photos, reports from witnesses," Kane said. "And essentially there was not deemed that there was enough evidence."

The school declined an interview, but in a statement said: "Loyola is aware of recent allegations of sexual misconduct, we have been in touch with the students involved, and are investigating the allegations.

Our top priority remains the health, safety and well-being of our students. We offer assistance to any student who has experienced sexual misconduct or gender-based violence, and have counseling and support services available for any student in need."