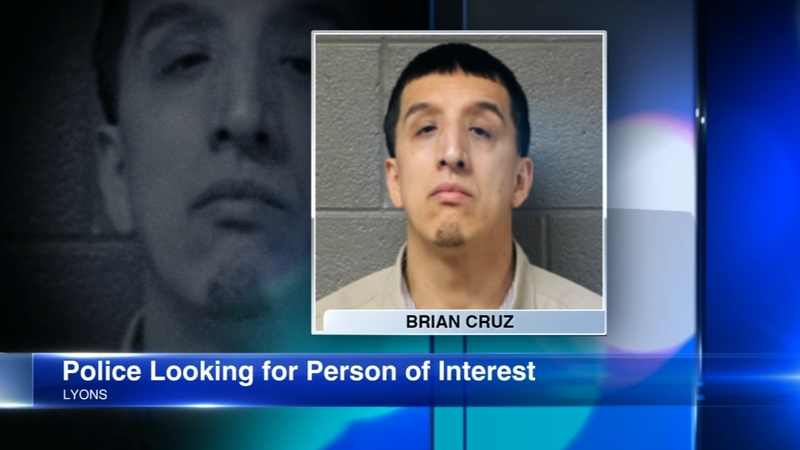 LYONS, Ill. (WLS) -- Lyons police are looking for a person of interest in the death of Paresh Jhobalia, who was found fatally stabbed in his car trunk after being reported missing.

Brian Cruz is believed to be one of the last people with Jhobalia before he was reported missing on Nov. 10. Jhobalia was last seen in Downers Grove.

Cruz is identified as being 6-feet tall, weighing 175 pounds with black hair and brown eyes.