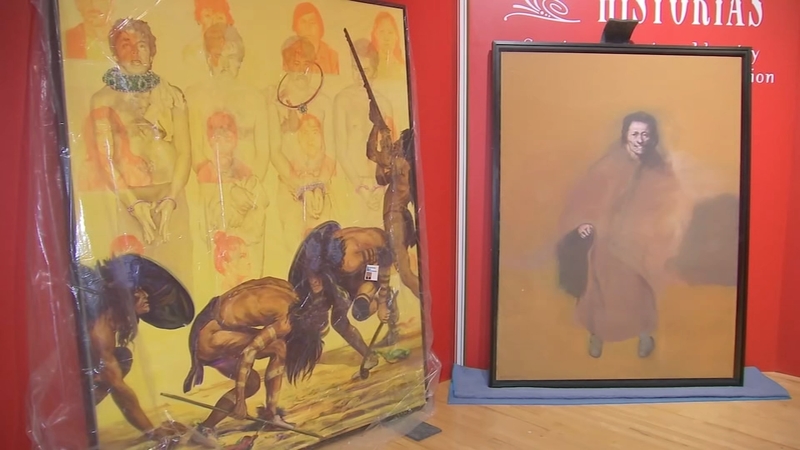 CHICAGO (WLS) -- Philanthropist MacKenzie Scott has donated the largest financial gift in the National Museum of Mexican Art's history, but it wasn't a seamless process.

It all started with a cryptic, unusual email sent to the museum's president and founder, Carlos Tortolero. It seemed like an email that any one of us might have deleted during these times of financial scams, as well as spam emails and texts, said Cesareo Moreno, the museum's chief curator.

"He didn't really pay too much attention to it," Moreno explained. "It took two to three follow-ups, and then he thought maybe this is something, lo and behold, this was the email that really came through!"

Scott's contacts were reaching out. They wanted to donate money, millions of dollars in fact, to one of Chicago's cultural gems in Pilsen.

"The $8 million was deposited. It was not a scam, it's a dream, right?" Moreno said, a smile crossing his face.

Scott's $8 million donation is the largest single gift in the museum's 39-year history. Tortolero told the staff during a meeting, according to Moreno.

"When I got the news, I started to cry. It was wonderful news, something we did not expect," said Barbara Engelskirchen, the museum's chief development officer.

She wasn't the only one feeling emotional.

"It was very emotional because what it means is we have been noticed, and the work we have been doing is seen as being important," Moreno said.

The museum is not alone.

The organizations included academic institutions like the University of Illinois at Chicago, which received $40 million from Scott.

Along with education, Scott explained the importance of arts and culture, like the museum, writing in her statement:

The statement, Moreno said, "certainly shows that Ms. Scott really understands the transformative power that the arts can have."

The museum is always free, and arts education is a priority. The museum teaches 52,000 students a year through various programs.

During the last two years, Engelskirchen said they have asked every department about their "wish lists." They have a plan in place to spend the extra money, even though it was a pleasant, unexpected surprise.

"This new donation does not catch us unprepared," she said. "While we haven't decided what we allocate the funding to, we are prepared to make those decisions."

Moreno says the museum's mission will stay the same, maybe just expand a bit bigger with the donation.

So for now, the museum is finishing infrastructure work, building a new parking plaza, and looking ahead to the future - and that includes an extra $8 million dollars.