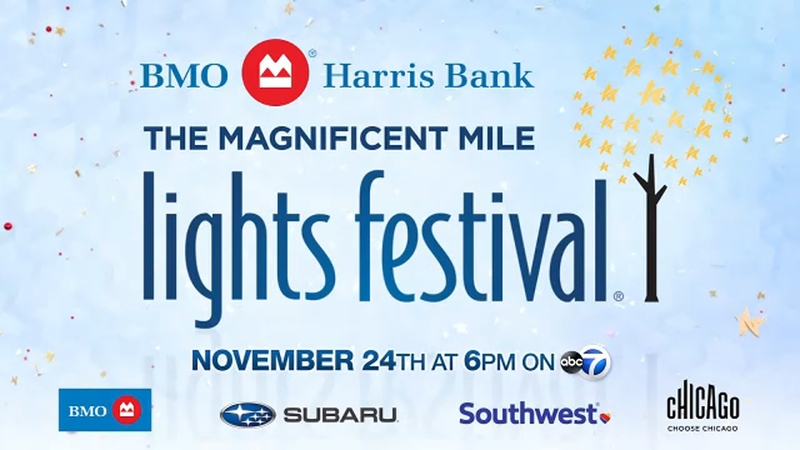 The hour-long special features performances such as an opening act with singer-songwriter Ryan Cabrera and the hit band Echosmith. Celebrity performances along the parade route include the legendary Charlottesville-bred pop-rock band Parachute; and American singer and five-time number one spot Billboard chart topper, Cece Peniston.

ABC 7 Eyewitness News Anchors Cheryl Burton and Alan Krashesky will serve as co-hosts of the broadcast with ABC 7's Rob Elgas and Janet Davies capturing the magic from the street.

This is the 13th consecutive year the much-anticipated tradition will be broadcasted to Chicago audiences on ABC 7, the most watched television station in the city. Throughout the holiday season, the special will also be watched and enjoyed by a national audience, via syndication in 90 percent of the country. Broadcast times are available in local listings.

In the first official parade of the holidays, Grand Marshals Mickey Mouse and Minnie Mouse, illuminate over one million lights on 200 trees along "The Magnificent Mile," one of the grandest avenues in the world. Appearing on an awe-inspiring float, the world's most famous couple will lead the way for five marching bands from around the country along with breathtaking floats, helium-filled balloons, including the larger than life Hubert the Lion, popular Chicago team mascots Benny the Bull, Tommy the Hawk and more. Classic characters from the Walt Disney World Resort will be front and center who will delight parade goers and viewers alike.