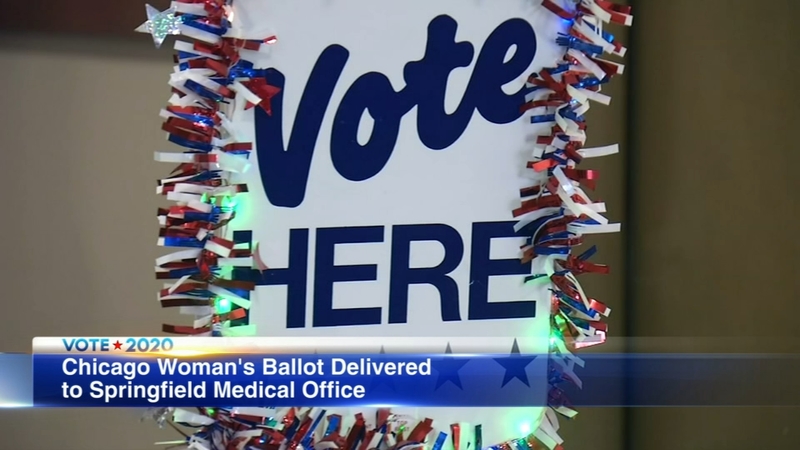 CHICAGO (WLS) -- A Chicago woman's mail-in ballot was delivered to the wrong location.

The ballot was delivered to the Orthopedic Center of Illinois in Springfield and not the city's Board of Elections, where it was meant to be delivered.

The address on the ballot exists in Chicago and Springfield, but that is not the address for the medical office where it was delivered.

Illinois Board of Elections spokesman Matt Dietrich says it is a mystery to him how this happened.

"We have never had that happen before. Put it back in the possession of the postal service. You don't have to contact the election authority," Dietrich said.

The orthopedic center says they contacted the Springfield postmaster and the Chicago Board of Elections but received no response.