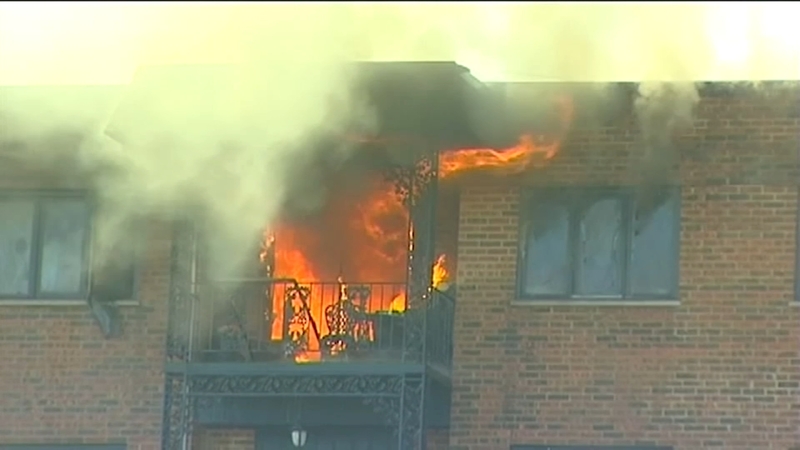 Authorities did not identify the woman, but neighbors said she was in her 80s or 90s and was one of the original residents of the apartment complex.

Just before 8 a.m., a four-alarm fire broke out on the top floor of an apartment building in the 9300-block of Landings Lane in the northern suburbs.

"The fire was on the edge of my bed. I woke up to the fire on my feet," said resident Adrian Skorka. "I tried to get a fire extinguisher, tried to put the fire out. Came back, it was three times as worse."

A four-alarm fire broke out early Sunday on the top floor of an apartment complex in the 9300 block of Landings Lane.

Almost 70 people were displaced by the fire.

All our personal belongings are pretty much gone but none of that really matters at a time like this," said resident Damjan Dikanovich.

The American Red Cross was on the scene to help residents.