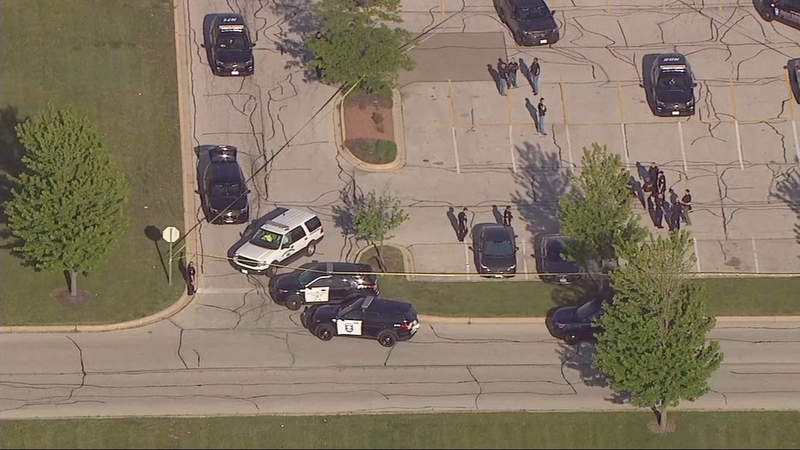 NORTH AURORA, Ill. (WLS) -- A North Aurora man has been charged in connection with a shooting outside a west suburban grocery store that left a teenager in critical condition earlier this week.

David Williams, 19, has been charged with aggravated battery with a firearm, armed robbery and aggravated unlawful use of a weapon, North Aurora police said Saturday morning.

Two people were shot in a parking lot of a North Aurora grocery store Tuesday evening.

Williams had arranged a meeting in the Woodman's parking lot with one of the victims to buy marijuana, police said. Williams and a second man walked up to the victim's car and got in, according to police.

As the car pulled into a park spot, Williams allegedly pulled out a gun, and demanded the victim hand over the marijuana.

There was a struggle over the gun, and the second man was shot in the leg in the back seat, police said. He got out of the car and limped away.

Williams and the victim continued to struggle over the gun, and the victim, later identified as a 17-year-old boy, was shot in the neck.

Williams got out of the car and briefly tried to help the second man before running away through a grassy field, police said.

A good Samaritan helped the second man, by placing a tourniquet on his leg. The man was taken to a local hospital in fair condition.

The teenager was taken to a local hospital in critical condition, police said.

Williams was later found in an apartment in the 1800-block of Oak Street, where he was taken into custody, according to police.

He is next due in Kane County court for a bond hearing Saturday.

North Aurora police continue to investigate the incident. Anyone with information is asked to call the Investigations Division at (630) 897-8705, extension 758. Anonymous tips may be left by calling (630) 897-8705 and choosing option 2. Or call Aurora Area Crime Stoppers at (630) 892-1000 and receive a reward for information leading to a felony arrest.