Man, 30, shot to death in Gary during reported attempted robbery 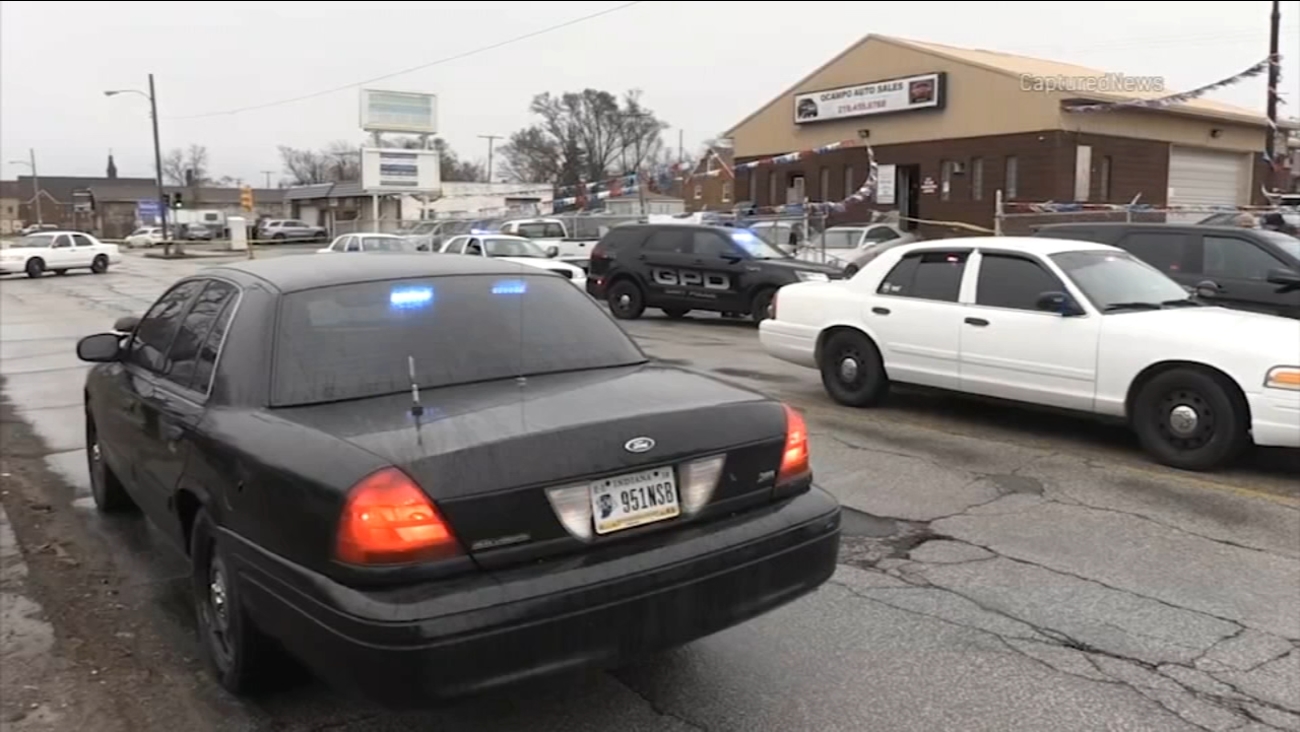 A 30-year-old man died Wednesday afternoon after being shot in Gary, Indiana. (WLS)

The Lake County Coroner's Office responded about 2:50 p.m. to the 400 block of West Ridge Road, according to a statement from the agency.

Markis D. Square was found shot and pronounced dead, the coroner's office said. His death was ruled a homicide.

Witnesses said a customer pulled the trigger when someone tried to rob the business.

"He wasn't under the car but when I looked under the car, then I could see him laying there. He was still and wasn't moving, so," said Mary White-Collins, witness.

The Northwest Indiana Times reported that police said two men tried to rob a customer and an employee in the lot of Ocampo Auto Sales on West Ridge Road.

Witnesses described hearing several gun shots, and said the customer shot and killed one of the men.

"A person a citizen trying to protect themselves, yeah I think it's fair you know if somebody's trying to do something you out here trying to make a decent living," White-Collins said.