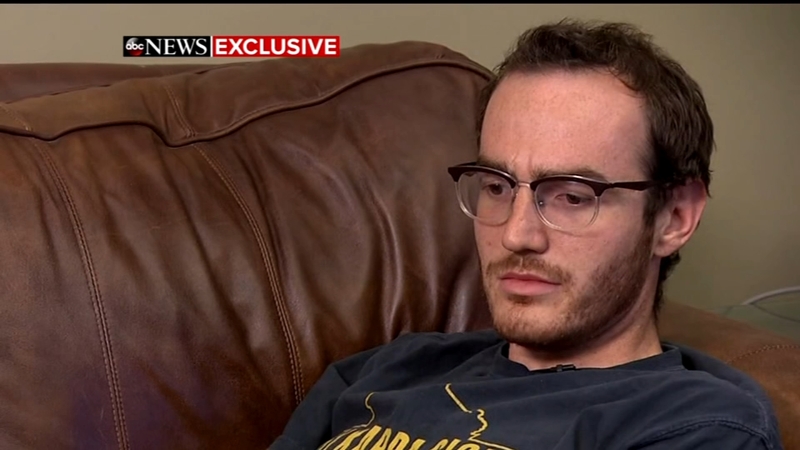 DENVER -- The 24-year-old man shot by an off-duty FBI agent whose gun went off while dancing at a Denver bar is telling his story for the first time.

The young man who was shot says he only moved to Denver a few months ago - and that this is his first time living more than 50 miles away from home. Now he says he's in a lot of pain, and described what happened last weekend as beyond bizarre.

The man caught in the path of this dancing FBI agent's accidental misfire is speaking out.

"It's bizarre. It's beyond bizarre," said shooting victim Tom Reddington.

Reddington was out with friends at a Denver bar over the weekend when 29-year-old off-duty FBI Agent Chase Bishop decided to bust a move just a few feet away. But instead of landing his backflip, he dropped his loaded gun.

"Someone called 911 and I blacked out," Reddington said. "I woke up to a paramedic putting a tourniquet on my leg."

Reddington said his injury is putting his physically demanding job at Amazon at risk.

"Walking is next to impossible," he said.

But he said after watching this video at least two dozen times...

"When I saw him do backflip I couldn't I couldn't help but laugh," Reddington said.

He doesn't want Bishop to lose his job.

The FBI tells ABC that Agent Bishop "will be held accountable" and could also face criminal charges. Denver police say they're still waiting for lab results that will show if Bishop had been drinking.

ABC reached out to the FBI and Agent Bishop, but neither gave us a comment.