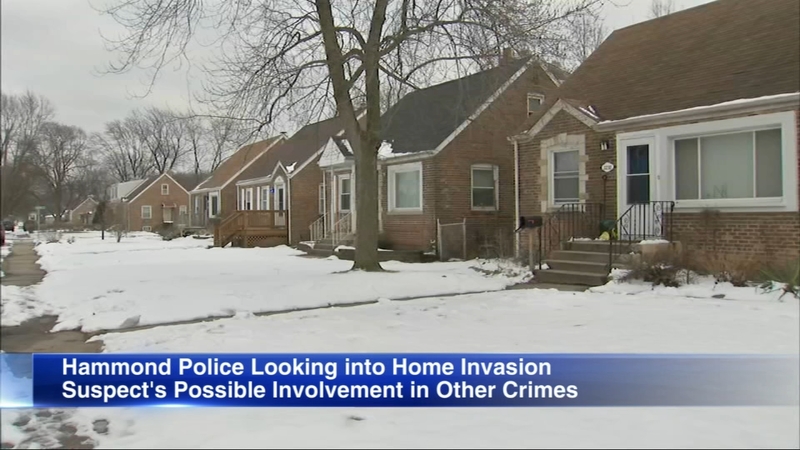 HAMMOND, Ind. (WLS) -- Hammond police said they have made an arrest in a Dec. 31, 2019, home invasion, part of a series of four home invasions they believe may be linked to the same person.

Police said the man in custody is the prime suspect in a home invasion in the 6600-block of California Avenue. Police are also looking into whether the same man was involved in home invasions in the 6400-block of Tennessee and 2200-block of 167th Street.

He is also being considered as a suspect in multiple other crimes in Hammond and Lake County, Indiana, police said.

Police have only said the man in custody is 24 years old, and remains in custody at the Hammond Police Department. Charges are expected to be filed Wednesday.

Hammond police have been investigating a rash of home invasions they believed could be connected to one person. The first set of four were reported in late December and early January. Two more were reported Monday night.