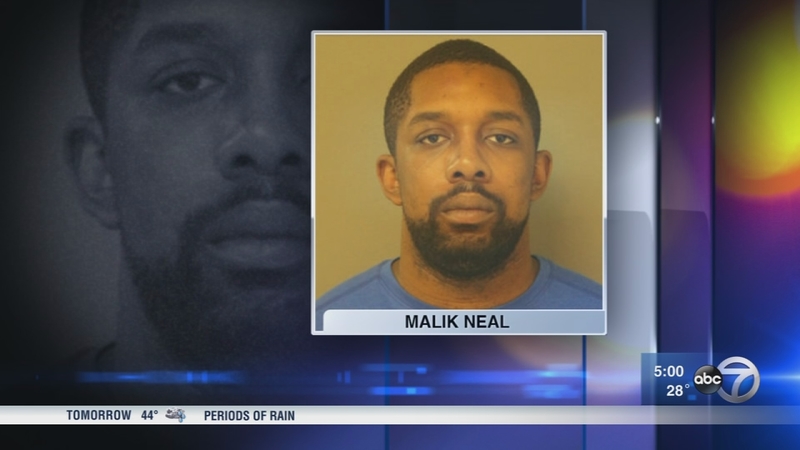 At about 4:45 a.m., the man, identified by police as Malik Neal, was in Terminal 3 when he attempted to board a Spirit Airlines flight without a boarding pass, police said.

He allegedly punched one CPD officer in the face, breaking his nose and cheek bone. He punched another in the ear. He made it onto the jet bridge outside the entrance to a Spirit Airlines plane bound for Florida.

Neal has an extensive criminal history involving aggravated battery to a peace officer, resisting arrest and aggravated intimidation of a peace officer. His court-appointed attorney told the court Neal has been diagnosed with bipolar disorder.

When Neal was taken into custody, he was taken to Presence Resurrection Hospital for a mental evaluation, police said. Neal faces two felony charges of aggravated battery to a peace officer, one count of aggravated battery/great bodily harm, one misdemeanor count of criminal trespass to state land and one misdemeanor count of battery. He is scheduled to appear in bond court Monday.

A Chicago police officer sustained injuries to the face and was transported to Resurrection Hospital for treatment. A Chicago police sergeant was treated on the scene for a laceration to the ear.

The incident comes two days after a deadly shooting rampage at the Ft. Lauderdale airport, killing five people. Estaban Santiago, 26, was a former serviceman who had a history of mental health issues.

It is the latest of several violent incidents at airports around the world.

"A security breach can cause maximum disruption," said Joe Schwieterman, a DePaul University professor and security expert. "There was not only a security breach, but there was a scene of violence, a bit of an assault on a security person. That could lead to changes at checkpoints, longer lines."

Some passengers are worried.

"It definitely gives me some concern and I hope we can do some things to tighten up our security and maybe do some mental health checks," said traveler Kaitlyn McGinnis.

"They are doing it to try and instill fear so people don't travel, I guess they might be accomplishing that with some people. But realistically, we're relatively safe, we're a lot safer than we were 10 years ago," said traveler Thaddeus Wong.

#ohare update: man was removed off plane by large group of cops pic.twitter.com/RbgFCBRJiq

@ABC7Chicago man removed from ohare spirit flight after reportedly trying to rush the flight w/o a boarding pass pic.twitter.com/si5cIIP6QU