CHICAGO (WLS) -- A man has been charged after a Chicago police officer was dragged Tuesday morning, police said.

Police said a three-time felon, 26-year-old Paris McKinley of Summit, was on parole Tuesday at about 1 a.m. when he was stopped by officers near 59th Street and Western Avenue.

He's accused of driving away, dragging an officer several blocks. McKinley then crashed into the side of a building, hitting a gas meter and another car, then the suspect ran from the crash as police pursued him on foot, police said.

The man was found about 20 minutes later near 62nd Street and Claremont Avenue.

Police said they found a loaded gun in his van. The officer was not seriously hurt, police said.

McKinley has been charged with aggravated battery to a police officer and aggravated unlawful use of a weapon.
Report a correction or typo
Related topics:
chicagogage parkchicago lawnpolice officer injuredchicago police department
Copyright © 2020 WLS-TV. All Rights Reserved.
RELATED 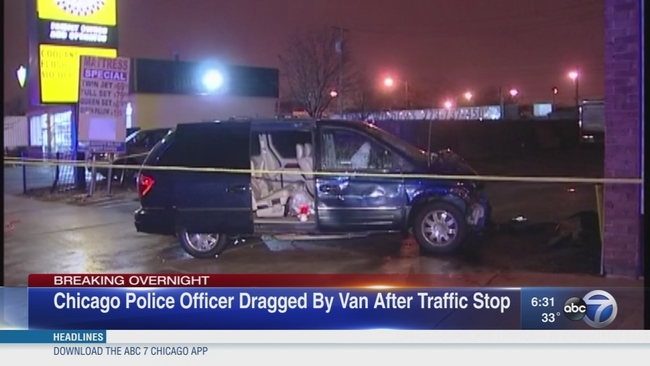