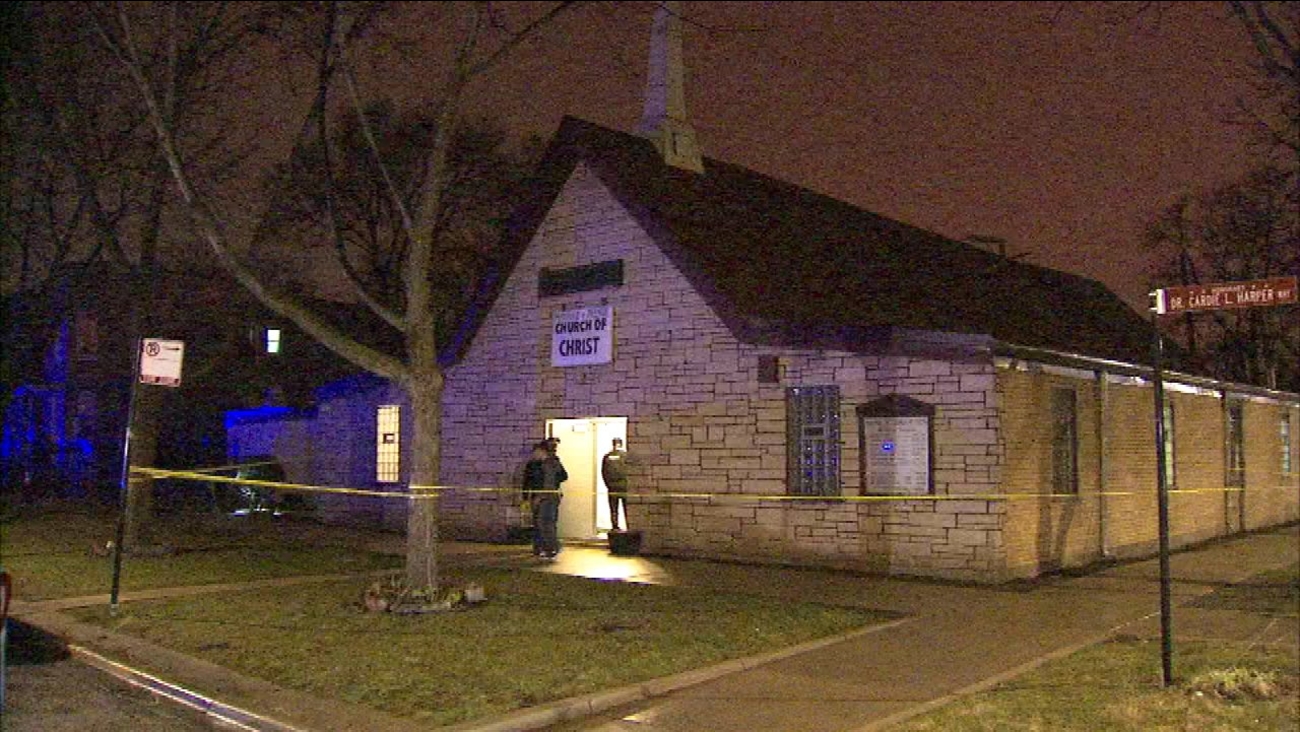 CHICAGO (WLS) -- A 25-year-old man has been charged after a shootout at a West Side church Wednesday night, Chicago police said Friday.

Police said Kenneth Baines walked into the Maypole Avenue Church of Christ in 4400-block of West Maypole just after 8 p.m. and announced a robbery.

Baines fled and was arrested about a block away in the 200-block of North Kenneth Avenue shortly after the shooting. Both Baines and the security guard were transported to hospitals.

According to the digital ticker over the door of the Maypole Avenue Church of Christ, there is a Bible study group at 7:30 p.m. on Wednesdays. Neighbors say the church is where police have their community watch meetings and it even serves as a polling place on Election Day. Some believe the robber was after donations.