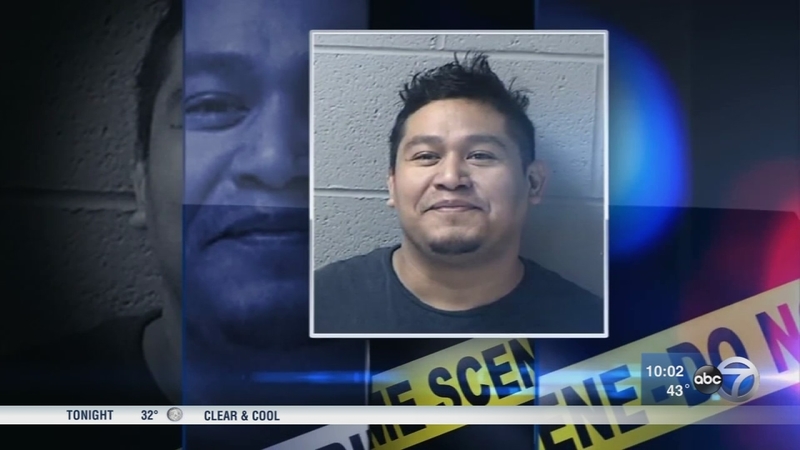 ROLLING MEADOWS, Ill. (WLS) -- Police in northwest suburban Rolling Meadows said they have arrested and charged a man in relation to three home invasions and sex assaults or attempted sex assaults from earlier this year.

Police had been seeking a suspect for months, and how they identified him is simply remarkable: One of his alleged victims spotted him at the Rolling Meadows Walmart and surveillance video helped identify him.

"I couldn't even imagine what she was thinking when she saw him. But we are grateful that she did see him and then did contact us, so we could take him into custody," said Chief John Nowacki, Rolling Meadows Police Department.

A search of his apartment allegedly turned up DNA evidence connecting him to the crimes.

All three incidents occurred at the East Park Apartment Complex.

"The woman I live with, she was really scared. We had to lock the doors every day. We'd come out, come in. Lock both doors," said Jose Beltran, victim's neighbor.

The first occurred in the early morning hours of Dec. 28, 2016, when police said Cruz allegedly entered an apartment in the 4800-block of Weber Drive through an open window. Inside, he allegedly attempted to sexually assault a woman sleeping in her bed. The attack was interrupted by another resident of the apartment.

The second incident occurred in the early morning hours of Jan. 14, 2017, when Cruz allegedly forced his way into an apartment in the 4800-block of Algonquin Parkway. Police said he was armed with a knife and sexually assaulted a woman inside.

Finally, in the early morning hours of June 30, 2017, Cruz allegedly forced his way into another apartment in the 4800-block of Algonquin Parkway, again armed with a knife, where he allegedly sexually assaulted another woman.

"They are heinous, horrendous crimes. Attacking the victims at their residence, apartments, where they feel safe and secure. Like I said, there's no words to describe it. Just heinous, terrible crimes," Nowacki said.