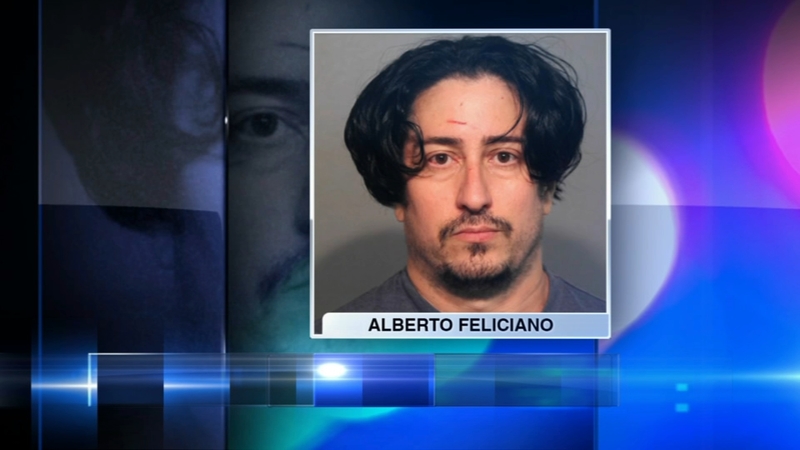 CHICAGO (WLS) -- A 41-year-old man has been charged with attempted sexual assault and attempted kidnapping for allegedly attacking a woman in her apartment building hallway in Boystown.

Chicago police said the victim told them on September 7 at about 11:20 a.m., she was walking down her apartment building hallway when Alberto Feliciano, who is also a resident of the building, blocked her way and struck her on the head with a recycling bin.

The victim attempted to fight Feliciano off, police said, but he pulled her back towards a stairwell. She was able to escape when witnesses came into the hallway and heard her scream, police said.

According to police, Feliciano took the victim's purse and phone, then fled, but was identified in the building's lobby and taken into custody.

The victim was taken to Illinois Masonic Hospital for treatment.

Feliciano is charged with one count of attempted kidnapping by force or threat of force, one count of robbery and one count of criminal sexual assault by force, all felonies.
Report a correction or typo
Related topics:
chicagolakeviewattempted abductionchicago crimerobberyattempted sex assault
Copyright © 2021 WLS-TV. All Rights Reserved.
More Videos
From CNN Newsource affiliates
TOP STORIES