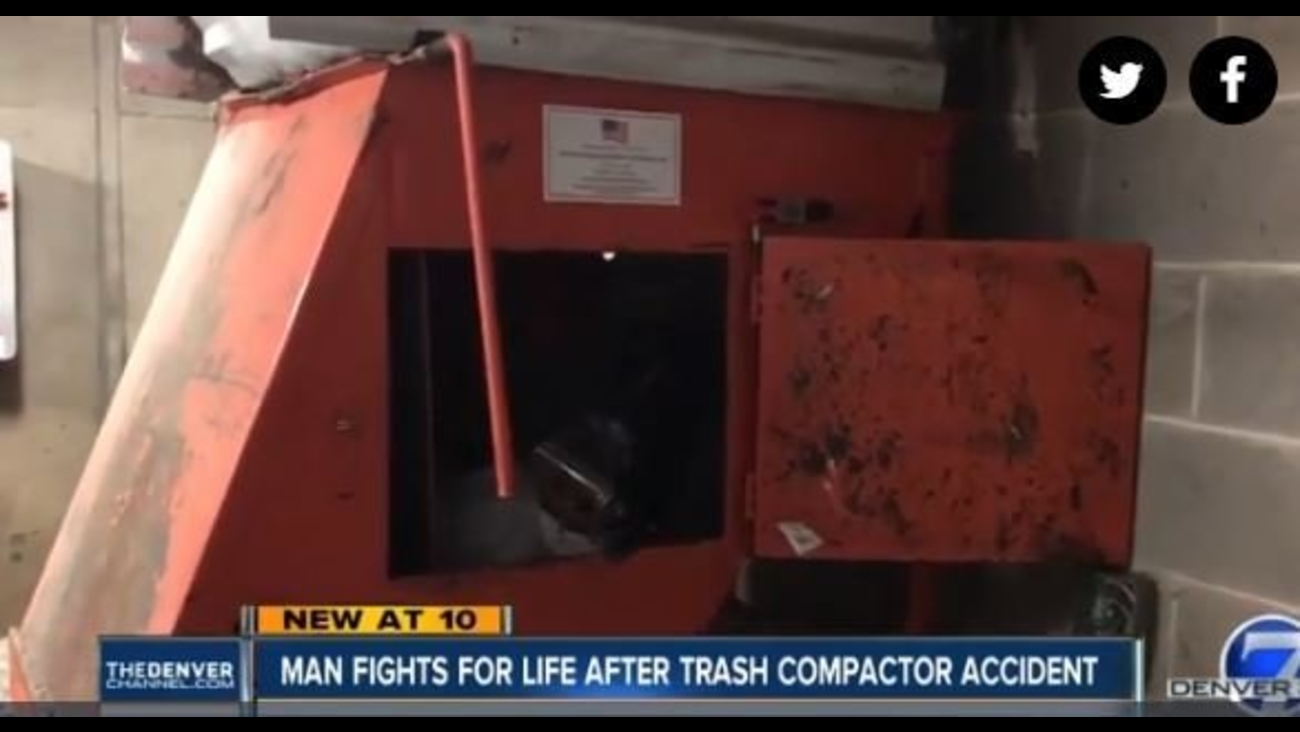 Scott Walsh, 22 was trying to retrieve a friend's cell phone that had fallen into a trash chute when he fell down head first. (CNN/KMGH)

DENVER, Colo. -- A Denver man is lucky to be alive after a horrifying trash compactor accident over the weekend.

"It's unimaginable what it must have been like for him," a friend of the victim told Denver station KMGH.

Scott Walsh, 22 was trying to retrieve a friend's cell phone that had fallen into a trash chute at the Griffis Union North Apartments near Union Station.

"And he was reaching down to get it for her and fell head first down the chute," said Liz DiSalvo, Walsh's friend.

Matt Johnson, one of Walsh's friends who witnessed the accident, said they didn't realize it was a garbage compactor at the bottom of the chute.

"When he fell down, it activated the compactor and he was in there, I would say, approximately five minutes," DiSalvo said.

The weight-activated machine partially crushed Walsh's head, torso and lower body, breaking both of his legs, fracturing his skull in two places and rupturing the arteries in his neck.

"I saw him come out of the trash compactor," Johnson said. "It wasn't a very good scene. He's very lucky to be alive."

Doctors say Walsh has no brain or spinal damage.

"It's a miracle," Johnson said.

Friends and colleagues at the pizza joint where Walsh works have now set up a GoFundMe site.

"Because he would do the same for me," DiSalvo said.