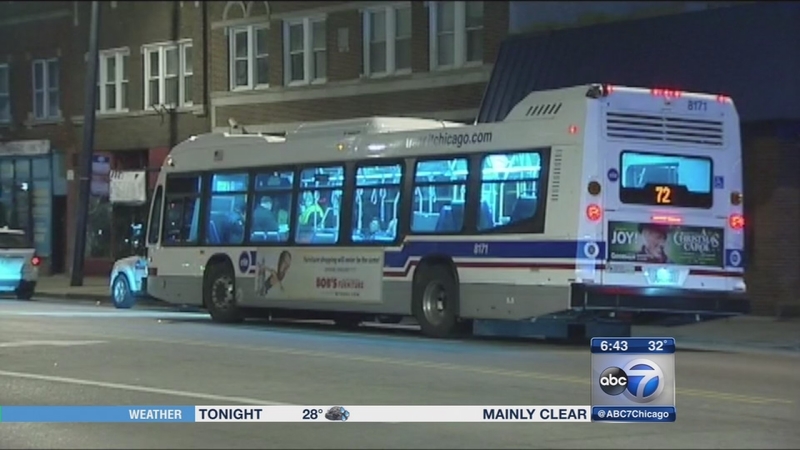 CHICAGO (WLS) -- A man is dead after running to catch a CTA bus in Chicago's North Austin neighborhood.

Police said the #72 bus was heading east around 10:30 p.m. Thursday. Witnesses told police the man was apparently in a hurry, chasing down the bus.

Police said he hit the side of the bus with his hand to get it to stop near North Avenue and Central. When the bus driver stopped, the man was found on the ground with injuries.

Investigators said he did come in contact with the bus but his injuries don't support any evidence that he was run over.

The man was taken to Mt. Sinai Hospital, where he later died. He has not been identified.

"Well, the only thing that went through my head was, 'Man, I hope it's not one of my friends of anyone that I know, because I see people every day in the neighborhood, you know?'" said Robert Newsome, a neighbor.

The Chicago Police Department Major Accidents Unit is investigating. They spoke with the CTA at the scene early Friday.

ABC7 Eyewitness News reached out to the CTA overnight. A spokesperson would only say this is an ongoing police investigation.