Man, 28, critical after falling 4 stories off balcony on Near North Side 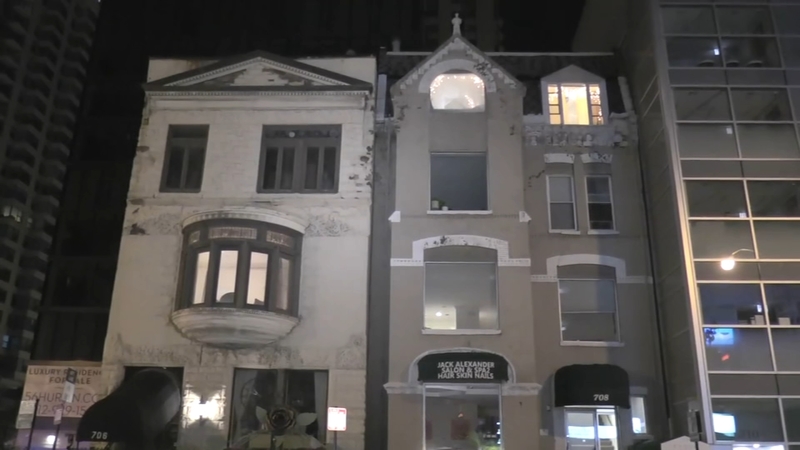 Man, 28, critical after falling 4 stories off balcony in Near North Side

CHICAGO (WLS) -- A 28-year-old man is recovering after falling four stories from a rooftop deck Sunday morning on the Near North Side, Chicago fire said.

According to officials, around 1:00 a.m. authorities responded to a call in the 700 block of North Dearborn Street about a man who fell three floors and was pinned between buildings.

Firefighters said they initially had trouble reaching the man and the rescue took around 40 minutes.

We were able to break through a wall and through some cinder block and some brick and were able to access the patron from the ground floor," Chicago Fire Battalion Chief Stephen Little said.

The man was transported to Northwestern Hospital in critical condition.