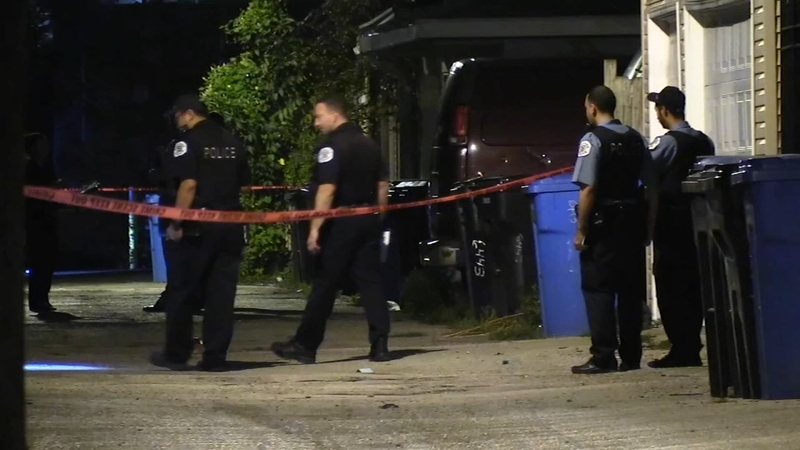 Officers responded to a call of shots fired in the area of the 6400-block of North Campbell Avenue at about 9:16 p.m. and found a man with a gunshot wound to the back, police said. He was pronounced dead at the scene. Authorities have not released the victim's age or identity.

Detective canvassed the scene and found shell casings on the ground as the area was blocked off with crime scene tape.

Neighbors said the shooting happened steps away from the busy area.

"I always come like around 10:30 or 11 and there is usually calm here," said neighbor Yadira Henriquez. "There is usually people walking their dogs or coming out of work."

According to police, officers responded to a call of shots fired around 9:16 p.m. in the 6400 block of North Campbell Avenue when they discovered a body in an alley.

Police will look for surveillance footage and witnesses who can help solve the case.