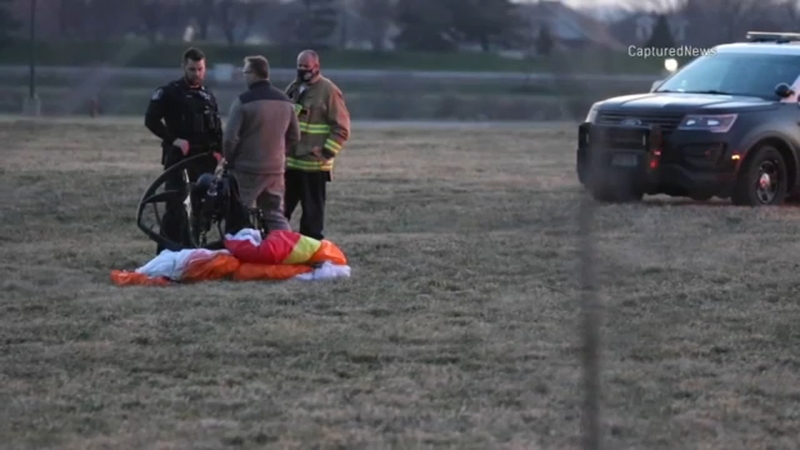 HUNTLEY, Ill. (WLS) -- One person was hurt in a paragliding accident in the far northwest suburb of Huntley Saturday.

The accident happened near Power Road and Route 47 just before 7 p.m., according to Huntley police.

Officials were initially alerted to a downed ultralight in the area. When they arrived they found a 54-year-old man injured from a rapid descent, which was described as "several hundred feet," according to officials.

Witnesses said they saw the glider, which has an engine, spiraling down with smoke trailing behind it before it crashed.

The person on board was rushed to the hospital.

There has been no word on their condition.
Report a correction or typo
Related topics:
huntleyaccident
Copyright © 2021 WLS-TV. All Rights Reserved.
More Videos
From CNN Newsource affiliates
TOP STORIES