By CNN
GREENSBORO, N.C. -- A University of North Carolina at Greensboro student found a man in her clothes going through her closet in an apartment just steps away from the college.

It happened at the Summit at the Edge Apartments at 1212 Oakland Ave. over the weekend, WGHP reports.

"I've been having like pieces of clothes missing. Like shirts and pants," says Maddie, a junior at the college.

Items were disappearing and hand prints were left behind on the bathroom wall.

It wasn't until Saturday that she uncovered a mystery that she and her roommates thought was a ghost.

"I just hear rattling in my closet. It sounded like a raccoon in my closet," Maddie said. "I'm like who's there? And somebody answers me. He's like 'oh my name is Drew.' I open the door and he's in there, wearing all of my clothes. My socks. My shoes. And he has a book bag full of my clothes."

Police said that was 30-year-old Andrew Swofford. He appeared in court on Monday via video conference from the Guilford County Jail. 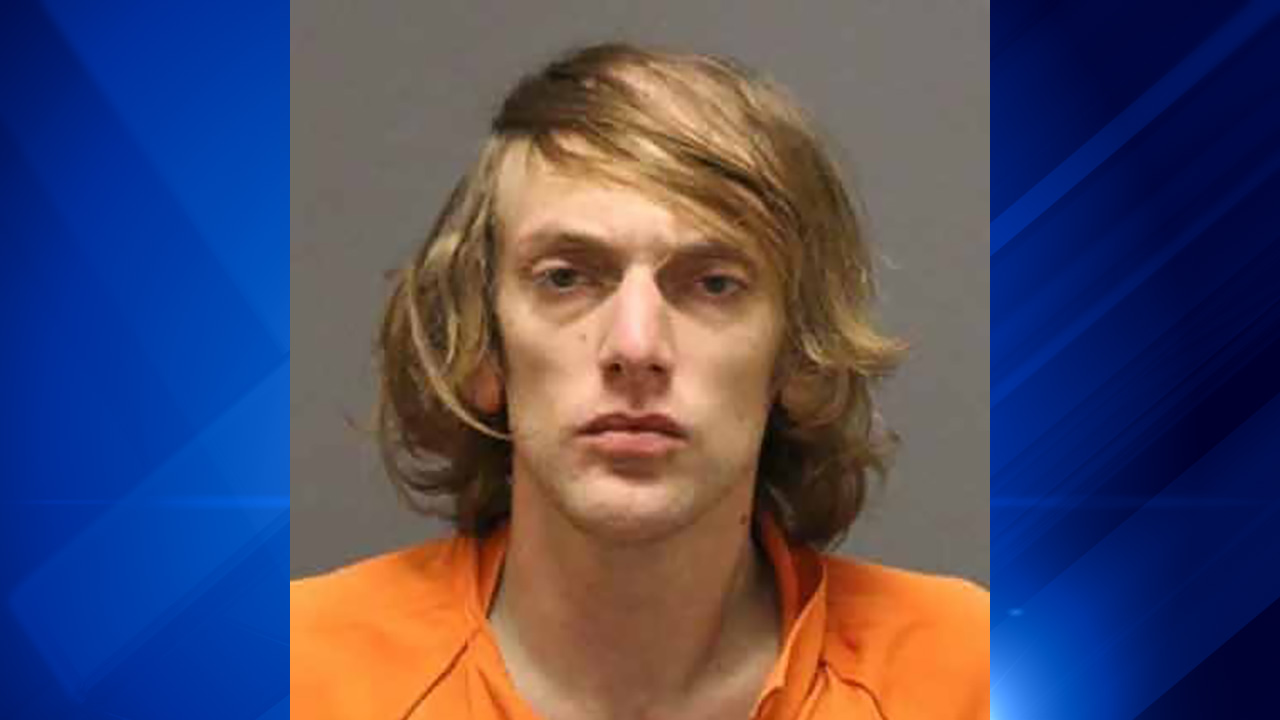 Maddie called her boyfriend. As she calmly waited for help, she talked to Swofford to keep him distracted.

"He tries on my hat. He goes in the bathroom and looks in the mirror and then is like 'you're really pretty, can I give you a hug?' she recalls. "But he never touched me."

The big question the women are trying to get answered is how he got inside.

They said their doors are always locked and they did not see any damage to them.

But what really scares the women is that this is not the first time strange men have been inside their apartment.

"There was two guys in the living room," Maddie said.

That was December 19th. The women alerted the leasing office.

An employee confirmed they changed the locks at that time but did not file a police report. WGHP was told that was standard protocol.

But Maddie and her roommate say they've had enough.

"Last night I did not feel safe. I slept with my roommate in her bed," she said. "I can't stay here. My closet, it stinks. Every time I go in (my room) there's a bad vibe. I'm just ready to leave."

Burkely Communities, the property management company, told WGHP they are going through all of the details and trying to figure out how something like this happened.

Swofford was jailed in Guilford County under a $26,000 bond on 14 felony charges including larceny and identity theft.