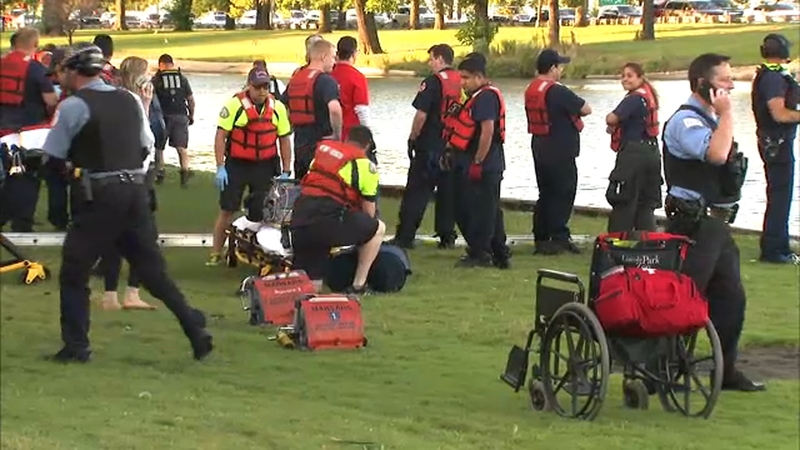 CHICAGO (WLS) -- A 29-year-old man hasn't resurfaced from the Lincoln Park lagoon after he went in the water to try to rescue his dog, fire officials said.

The Chicago Fire Department responded to a call about a person in danger near the 2300 block of North Cannon Drive on Saturday at around 6:30 p.m.

Divers conducted an extensive search in the North Side lagoon that's roughly 18 feet deep. Ten divers searched until around 8:15 p.m., but the man remains missing.

There was zero visibility in the water due to a little bit of current and a lot of seaweed, said Jason Lach, deputy district chief of marine diver operations for the Chicago Fire Department.

A 29-year-old man hasn't surfaced from the Lincoln Park lagoon after he went in the water to try to rescue his dog, fire officials said.

Before divers arrived, the man's girlfriend tried to get in the water to save him.

It's unclear what happened in the water that caused him to go under.

"Even the strongest swimmers have problems from time to time," Lach said.