Man attacked woman after asking for her number on CTA, prosecutors say 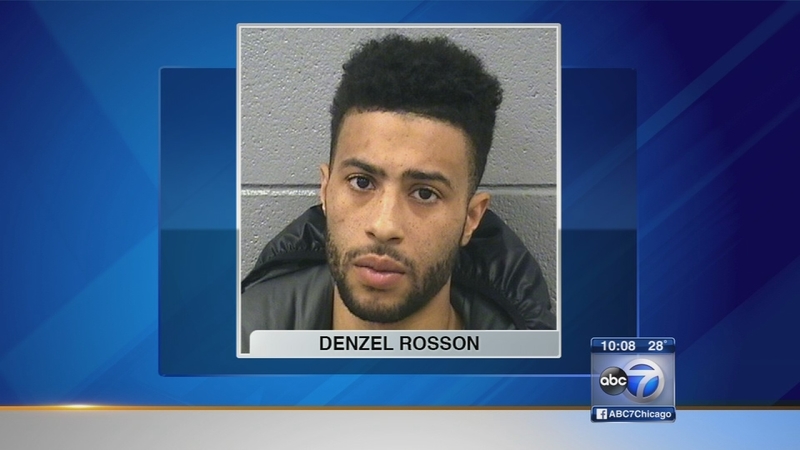 Man allegedly attacked woman after asking for her number on CTA

CHICAGO (WLS) -- Prosecutors say a Homewood man attacked a woman he was following on a CTA train after he reportedly asked her for her phone number. Eyewitness News spoke exclusively with a restaurant employee who came face-to-face with a man on the run after the alleged attack.

"Something was kind of off about him," said Matt Dillon.

Dillon says he was working at a South Loop restaurant when Denzel Rosson, 24, ran inside around 9 p.m. Monday night.

"He was breathing very heavy, sweating. It seemed like he was running from somebody," Dillon said.

At the restaurant on State Street, just four blocks from the attack.

"My instinct was to get him out of the restaurant, really keep him away from our employees and customers," Dillon said. "The next thing you know, the police show up and want to take him out."

It's alarming news for women who take the CTA.

"I've never had a problem, never been bothered by anybody. I ride the CTA, so I'm really surprised to hear it," said Kathie Mills.

If you're threatened on the train, the CTA recommends moving toward other people, or another part of the car. If you're harassed, tell the rail operator immediately.

"I try to find the most kind-looking face when I walk into the car and just stay near them," said Serena Heck.

Denzel Rosson is in custody in the Cook County Jail and is being held on a $200,000 bond. He's expected to be back in court on Monday.