Joseph Smith, 26, ID'd as man killed by Red Line train after being pushed onto tracks at 87th; suspect in custody

Sun-Times Media Wire
CHICAGO -- A man died after he was pushed in front of an oncoming train during a fight Friday at a CTA Red Line station in Chatham on the South Side.

He got into an argument with another man at 12:16 a.m. on the platform at the 87th Street station, 15 W. 87th St., according to Chicago police. The suspect punched the man and then pushed him onto the tracks, where he was hit by the train.

Firefighters worked to extricate him from under the train and he was pronounced dead at the scene, police said.

He was identified as Joseph Smith, 26, of South Chicago, the Cook County medical examiner's office said.

The suspect, 19, was taken into custody and charges are pending, according to police. Area Two detectives are conducting a homicide investigation.

Former Marine Mamadou Balde was killed April 7 when two men allegedly pushed him into a moving train at the Jackson Red Line station in the Loop. Both men have been charged with first-degree murder.

Red Line service was suspended between 95th and 69th while authorities investigated, according to service alerts from the CTA. Trains were moving again with residual delays by 3:11 a.m.

Man charged with murder for fatal shooting during riots, looting at end of May 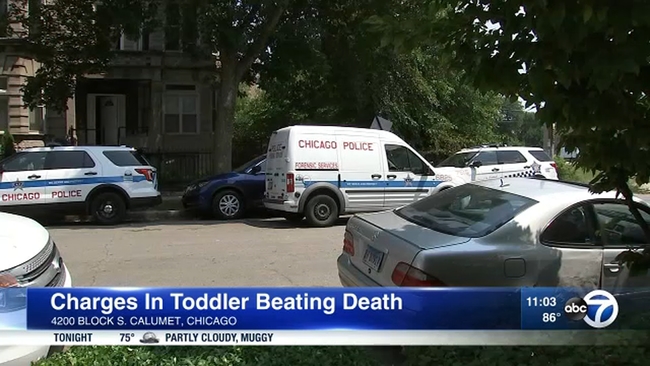