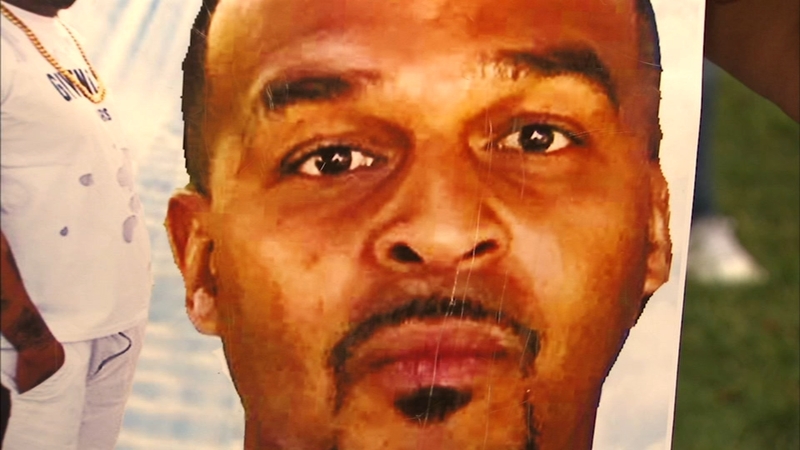 Man dies after being shot, then run over with car in far northern suburb

NORTH CHICAGO, Ill. (WLS) -- A 38-year-old man has died after he was shot and then run over twice in a far northern suburb.

According to the victim's family, it all began with a confrontation between Brian Wilson and his girlfriend's estranged husband.

Wilson's family gathered Sunday in North Chicago near the location where he was killed. They spelled out Wilson's nickname, "Juvy," in candles on the sidewalk.

"We're here trying to stay strong," said Wilson's mother Nancy Lucas. "He was loved by people everywhere and this is only half the family."

Witnesses said Wilson was in his car at a gas station when a man who followed him there started beating him. When Wilson got out of the car, the man shot him and ran him over with his car twice.

"I can't believe someone would do this," said Wilson's cousin Keera Rayford.

Terrell McSee, another cousin, had plans to travel with Wilson to Los Angeles later this month.

"He was like a protector of our family," McSee said. "The person that done this took a king away from us."

A number of relatives said they believe they know who killed Wilson.