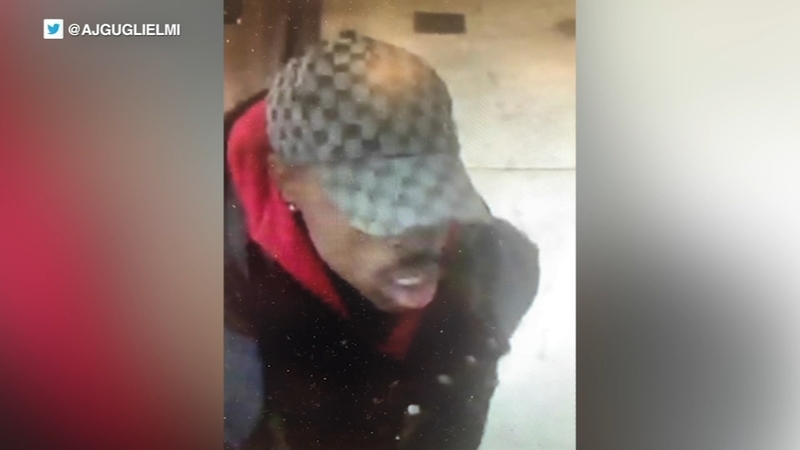 CHICAGO (WLS) -- A 30-year-old man was shot on a CTA Blue Line train Wednesday morning near the UIC-Halsted station on the Near West Side.

Paramedics responded to the shooting about 10:45 a.m. at the station in the 400-block of South Halsted Street.

"After, of course, people hear shots there is going to be some chaos. There was some people on the train. I don't know exactly how many. There were some people on the platform," said Deputy Chief of Patrol Fred Waller, Chicago Police Department.

The man was taken to Stroger Hospital in serious condition, officials said.

Police said the man had been preparing to exit the train when he exchanged words with an unknown man who then grabbed his backpack. The victim attempted to pull away, and the suspect shot him once in the back, police said. The shooting suspect fled west from the platform with the victim's bag and wallet.

"There was some kind of verbal exchange," Waller said. "We are not sure if they knew each other. We are still seeking to find that out. Detectives are talking with witnesses."

A person was shot on a CTA Blue Line train Wednesday morning near the UIC-Halsted station on the Near West Side.

"All train cars are blanketed in HD-camera technology, and that will help us put a story together and identify suspects," Chicago police spokesman Anthony Guglielmi said.

Trains were shut down at the station for several hours due to the investigation.

UIC campus is near the stop, and UIC police also responded to the shooting and notified victims. Officials said the victim is not connected with the university.

"I go to school right there and usually I commute in the mornings, so for something to happen during this time was kind of frightening," said Joseph Rzesutock, student.

The shooting comes just one day after a popular street performer was stabbed at the Jackson Red Line station in the Loop.

The 26-year-old man was stabbed multiple times, but is expected to recover. Officers arrested the woman who attacked him nearby after a witness identified her.

Following a recent uptick in violent crime, one of Chicago's aldermen is calling for more safety measures on the CTA Red Line.

Chicago police released photos of a possible suspect, asking anyone who recognizes or saw the man near the UIC stop to visit chicagopolice.org.

No one was in custody Wednesday afternoon.